At a glittering society party in St Petersburg in 1805, conversations are dominated by the prospect of war. Terror swiftly engulfs the country as Napoleon's army marches on Russia, and the lives of three young people are changed forever. The stories of quixotic Pierre, cynical Andrey and impetuous Natasha interweave with a huge cast, from aristocrats and peasants, to soldiers and Napoleon himself.In War and Peace (1868-9), Tolstoy entwines grand themes – conflict and love, birth and death, free will and fate – with unforgettable scenes of nineteenth-century Russia, to create a magnificent epic of human life in all its imperfection and grandeur.#62 in ABC My Favourite Book 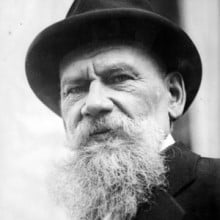 Leo Tolstoy was born in central Russia in 1828. He studied Oriental languages and law (although failed to earn a degree in the latter) at the University of Kazan, and after a dissolute youth eventually joined an artillery regiment in the Caucasus in 1851. He took part in the Crimean War, and the Sebastopol Sketches that emerged from it established his reputation. After living for some time in St Petersburg and abroad, he married Sophie Behrs in 1862 and they had thirteen children. The happiness this brought him gave him the creative impulse for his two greatest novels, War and Peace (1869) and Anna Karenina (1877). Later in life his views became increasingly radical as he gave up his possessions to live a simple peasant life. After a quarrel with his wife he fled home secretly one night to seek refuge in a monastery. He became ill during this dramatic flight and died at the small railway station of Astapovo in 1910. 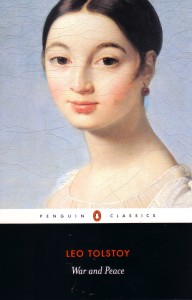 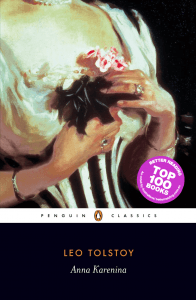