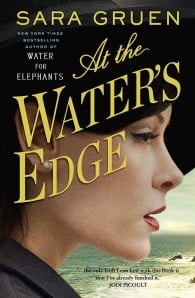 At the Water’s Edge

After disgracing themselves at a high society New Year's Eve party in Philadelphia in 1944, Madeline Hyde and her husband, Ellis, are cut off financially by his father, a former army colonel who is already ashamed of his son's inability to serve in the war. When Ellis and his best friend Hank decide that the only way to regain the Colonel's favour is to succeed where the Colonel very publicly failed - by hunting down the famous Loch Ness monster - Maddie reluctantly follows them across the Atlantic, leaving her sheltered world behind.The trio find themselves amid the devastation of World War II, in a remote village in the Scottish Highlands, where the locals have nothing but contempt for the privileged interlopers. As the men go out looking for the monster, Maddie is left on her own at the isolated inn, where food is rationed, fuel is scarce, and a knock from the postman can bring tragic news. Gradually the friendships she forms open her up to a larger world than she knew existed. As she embraces a fuller sense of who she might be, Maddie becomes aware not only of the dark forces around her, but to the beauty and surprising possibilities of life. 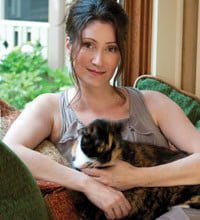 Sara is a Canadian-born dual citizen (Canadian and American) who moved to the States in 1999 for a technical writing job. When she was laid off two years later, instead of looking for another job, she decided to take a gamble on writing fiction full-time. Sara lives with her husband, three children, two dogs, four cats, two horses and a goat in North Carolina. Sara already has her eye on another horse and a donkey. 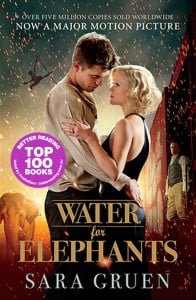 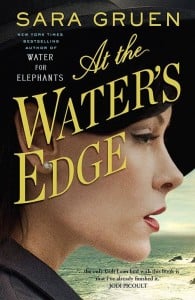 At the Water's Edge