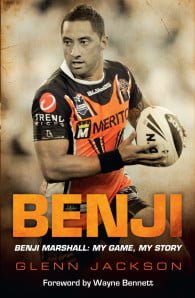 Benji Marshall, superstar and face of the NRL, talks about his amazing career, growing up in New Zealand, his move to Australia, and his storybook entry into the game.

Despite being only 26, Benji Marshall has crammed an awful lot into his career. First spotted at 16 while still at school in New Zealand, he was offered a scholarship to play for a high school on the Gold Coast. From then it has been a fast track to the very pinnacle of the game; from debuting with the Wests Tigers NRL club in 2003, to winning premierships, captaining New Zealand's winning 2008 World Cup and 2010 Four Nations campaigns, and finally being awarded the code's highest accolade.

In Benji: My Game, My Story, Marshall shares the inside story of rugby at the highest level and personal insights into his life so far. 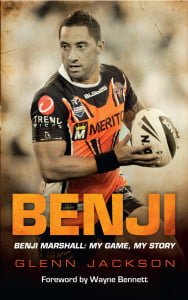