In 2020, after the longest and most expensive trial in Western Australian history, Bradley Robert Edwards was convicted of two of the Claremont Serial Killings, a series of unsolved murders that had haunted the state since the mid-1990s. But before he went to trial, before he started killing, Edwards violently assaulted a social worker while he was working on the telephone system at Hollywood Hospital. Not only did Edwards keep his job at Telstra, but he was convicted only of common assault for the attack, a minor charge that left him off the police radar during their desperate hunt for the sexual predator responsible for the Claremont murders.Begun as way to deal with the resurgence of trauma after Edwards’ arrest, this memoir looks at the pressure on women to minimise and excuse certain behaviours in others, and demonstrates the devastating consequences of not making a fuss. 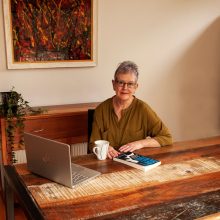 Wendy Davis was born in England and emigrated with her family to Western Australia when she was eleven. As a young woman, she travelled extensively, eventually returning to WA where she raised three daughters and undertook a career in social work. Wendy lives peacefully, in Hobart, Tasmania, with her husband, Tim, and her dog, Maisie. 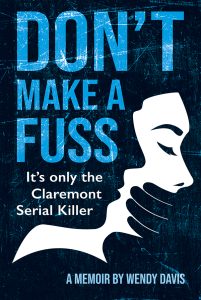