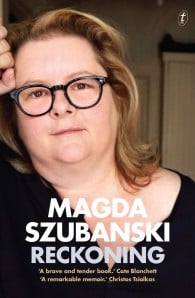 Why We Love It: Reckoning is a searing and brutally honest memoir that takes us on the life journey of one of Australia’s best-loved entertainers, as well as on a mesmerising journey through the twentieth century.

Magda Szubanski’s autobiography takes us right back to her roots. Her father is the Polish ‘assassin’, who fought in the Polish resistance against the Nazi occupation in Second World War. Her mother is from a working class Scottish background with Irish Catholic roots. After her father meets Szubanski’s mother, they settle in the north of England where Magda is born, before emigrating to Australia.

Growing up in an outer Melbourne suburb, the half Polish, half Scottish child with an English accent never quite fits in. Her anecdotes from early childhood through her schooldays are by turns funny and deeply poignant. She describes in compelling detail her attraction to the rites of Catholicism, her struggle for acceptance at convent school in Melbourne, her hilarious attempts to be one of Melbourne’s ‘sharpies’, and her dawning sexuality.

At university, she becomes engaged in feminist and left wing ideology but like her father, sometimes feels trapped by ideology too – what her father call distrust  “of the ism’s”. Then there’s her increasing fame – on the one hand she admits to getting a buzz out of it; on the other, she is thoroughly terrified by it. She humbly credits some of her early success in television with being in the right time and right place – Melbourne in the 80s – when she was a key player in shows like D-Generation and Fast Forward. There are the crucial turning points – meeting other Melbourne comedy icons such as Jane Turner and Gina Riley ­that ultimately led to her most memorable role, that of the loveable Sharon Strzelecki in Kath and Kim. She recalls a visit to Hollywood after the success of the movie Babe and  how she fears she woud have lost herself if she had settled there.

This is all the time intertwined with her relationship with her father and her struggle to accept what he did in the war, as well as the wider issue of how the Polish people acted during the Holocaust. It’s such an intimate and honest autobiography we become absorbed in her life and her questioning. At times, we fall in love with her funny, flinty Scottish mother and her sometimes difficult father. When her father left Poland he never saw his parents again, but later he tells Magda he never grieved for them. His emotion has been sealed away. He lives a life of fierce competition, obsessed with tennis, and intent on making sure his youngest child Magda doesn’t waste her brain.

She recounts without self-pity her battles with depressive feelings, her struggle with her sexuality and iher fear of coming out. The build-up to telling her parents that she is gay is compelling and the outcome is tear-jerking.

This is an engaging and soul-searching memoir, one that hooks us from the word go and is as page turning as any great fiction. It’s a deep and meaningful, often funny, book of family, morality and destiny. We get the feeling this won’t be the last we will hear from Magda Szubanski, the writer.

‘A brave and tender book about everything that matters most in life.’ – Cate Blanchett

‘This is a remarkable memoir, that weaves the tragedy of twentieth century history into a personal narrative of coming to terms with family and self, and manages to honour both stories. The writing is assured and controlled, the storytelling expert and thoughtful, the language eloquent and moving. The writing, the story, the voice—all of it is beautiful.’ – Christos Tsiolkas

‘Reckoning is a riveting, overwhelmingly poignant autobiography by a woman of genius…It is an extraordinary hymn to the tragic heroism at the heart of ordinary life and the soaring moral scrutiny of womankind. Every library should have it, every school should teach it.’ – Weekend Australian 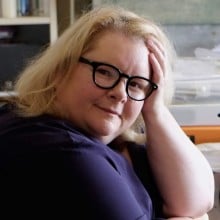 Magda Szubanski is one of Australia’s best known and most loved performers. She began her career in university revues, then appeared in a number of sketch comedy shows before creating the iconic character of Sharon Strzelecki in ABC-TV’s Kath and Kim. She has also acted in films (Babe, Babe: Pig in the City, Happy Feet, The Golden Compass) and stage shows. Reckoning is her first book. 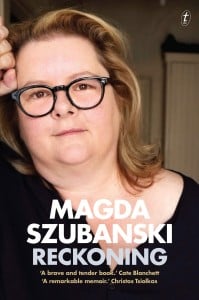 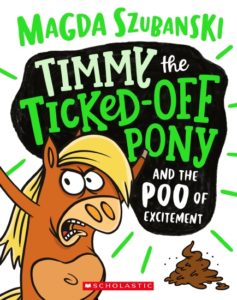 Timmy the Ticked off Pony and the Poo of Excitement Book of the Week: Reckoning by Magda Szubanski