Sometime in the 1950s, Tilly Dunnage, a Paris couturier, returns to her home town of Dungatar having been expelled as a ten year old. Her intention is to visit her mad mother Molly then leave. Instead, she stays, colliding with her past and exacting revenge upon the people who pilloried her.When she does depart, she leaves behind a town ruined, and another past to flee. Kate Winslet, Judy Davis, Liam Hemsworth and Hugo Weaving will star in the screen adaptation, expected in cinemas in 2015. "Rosalie Ham’s The Dressmaker was one of those rare first novels that arrived virtually unannounced…and gathered momentum largely by word of mouth to become a bestseller and book club favourite. Ham writes delightfully rich set pieces and descriptive passages…Ham’s eye for the absurd, the comical and the poignant are highly tuned. It is a first novel to be proud of, and definitely one to savour and enjoy.”  Diana Simmonds, The Weekend Australian“A writer with strong visual gifts and a pleasingly sour sense of humour.”  Michelle Griffin, The Age“A feral version of Sea Change”  Sydney Morning Herald#48 in Australia's Top 100 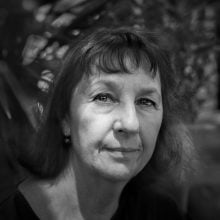 Rosalie Ham is the author of The Dressmaker, Summer at Mount Hope, There Should be More Dancing and The Year of the Farmer. Her novels are described as having fresh, unusual and entertaining ideas and have sold over 75,000 copies. Rosalie was born and raised in Jerilderie, NSW and now lives in Melbourne. She holds a Master of Arts in Creative Writing and teaches literature. 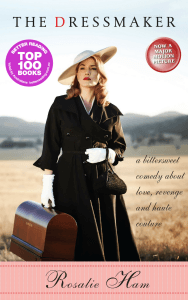 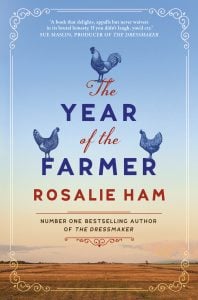 The Year of the Farmer