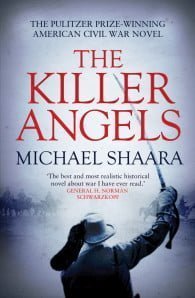 It is the third summer of the war . . .On June 15, 1863, Robert Lee’s Confederate Army of Northern Virginia slips across the Potomac to begin the invasion of the North. His army is 70,000 strong but mostly unpaid and self-equipped. It has won nearly every battle it has fought. Lee knows a letter has been written, a letter offering peace. It is to be placed on the desk of Abraham Lincoln the day after Lee has won this battle.Winner of the 1975 Pulitzer Prize for Fiction.'The best and most realistic historical novel about war I have ever read.’ General H Norman Schwarzkopf 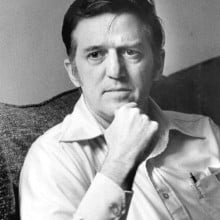 Michael Shaara was born on June 23, 1928, in Jersey City, New Jersey, the son of Italian immigrants. He attended Rutgers University, where he first decided to become a writer. He wrote his first published story while he was still an undergraduate. Shaara graduated from Rutgers with a Bachelor of Arts degree in 1951, and then pursued graduate study at Columbia University, from 1952 to 1953, and the University of Vermont, from 1953 to 1954.
Shaara married Helen Krumweide in 1950. He served as a paratrooper in the 82nd Airborne Division, was an amateur boxer, and a police officer in the St. Petersburg, Florida, Police Department, where he had moved with his wife and young son in 1954. During this period in his life he published many short stories in science fiction magazines such as Astounding and Galaxy.
In 1960, Shaara taught English, literature and creative writing at Florida State University in Tallahassee and was associate professor at that university from 1961 to 1973. In 1965, at the age of thirty-six, he suffered a serious heart attack but made a full recovery.
Shaara continued to write and published more than seventy short stories in magazines such as Playboy, Galaxy, Redbook, Cosmopolitan, and the Saturday Evening Post. His first novel, The Broken Place, about a soldier who returns home from the Korean War and becomes a boxer, was published in 1968.
Shaara conceived the idea for his second novel, The Killer Angels, after he made a visit with his family to Gettysburg. Shaara worked on this novel about the famous civil war battle for seven years, bur it was rejected by many publishers before being accepted by a small independent publisher and published in 1974. The novel was awarded the Pulitzer Prize for Fiction in 1975 and was the basis for the 1993 film Gettysburg.
Shaara’s third novel, The Herald, was published in 1981. The following year, a selection of Shaara’s short stories, Soldier Boy, was published.
During the 1980s, Shaara’s health declined, and on May 5, 1988, in Tallahassee, he died of a second heart attack.
After Shaara’s death, his fourth novel, For Love of  the Game, was published in 1991. Shaara had written this story, about an aging baseball pitcher, during the 1980s but had been unable to find a publisher, In 1999, For Love of the Game was released as a movie by Universal Studios. 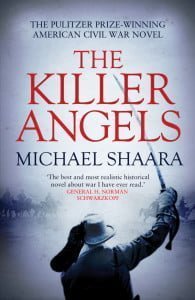