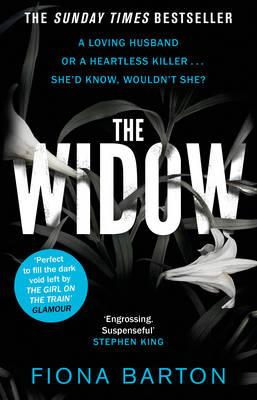 “If you liked Gone Girl and The Girl on the Train, you might want to pick up The Widow by Fiona Barton. Engrossing. Suspenseful.”—Stephen KingFollowing the twists and turns of an unimaginable crime, The Widow is an electrifying debut thriller that will take you into the dark spaces that exist between a husband and a wife.There’s a lot Jean hasn’t said over the years about the crime her husband was suspected of committing. She was too busy being the perfect wife, standing by her man while living with the accusing glares and the anonymous harassment.Now her husband is dead, and there’s no reason to stay quiet. There are people who want to hear her story. They want to know what it was like living with that man. She can tell them that there were secrets. There always are in a marriage.The truth—that’s all anyone wants. But the one lesson Jean has learned in the last few years is that she can make people believe anything...An NPR Best Book of the Year One of The Wall Street Journal’s 5 “Killer Books” of the Year A Publishers Weekly Best Book of the Year

Fiona Barton trains and works with journalists all over the world. Previously, she was a senior writer at the Daily Mail, news editor at the Daily Telegraph, and chief reporter at the Mail on Sunday, where she won Reporter of the Year at the British Press Awards. 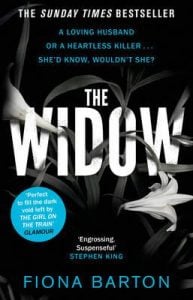