In the battle-smoke and chaos of Gallipoli, a young New Zealand soldier helps a Turkish doctor fighting to save a boy’s life. Then a shell bursts nearby; the blast that should have killed them both consigns them instead to the same military hospital.Mahmoud is a Sufi. A whirling dervish, he says, of the Mevlevi order. He tells David stories. Of arriving in London with a pocketful of dried apricots. Of Majnun, the man mad for love, and of the saint who flew to paradise on a lion skin. You are God, we are all gods, Mahmoud tells David; and a bond grows between them.A bond so strong that David will betray his country for his friend.Stephen Daisley’s astonishing debut novel is a story of war and of love—how each changes everything, forever. Traitor is that rarest of things: a work of fiction that will transport the reader, heart and soul, into another realm.Winner, Prime Minister’s Literary Award for Fiction, 2011.'Stephen Daisley’s Traitor is one of the finest debut novels I have read. Indeed it’s one of the best novels I have read in recent years.' Stephen Romei, The Australian'Daisley’s prose possesses a shimmering, allusive beauty reminiscent of John McGahern. Sequences such as the stunning description of the ageing David’s journey out into a rainy morning to supervise the lambing lend the novel an almost sacred quality.' The Weekend Australian'Daisley’s Traitor is suffused with love, beauty and loneliness. The creation and development of the character of David Monroe is masterful, not least because he is a man of so few words.' Australian Literary Review 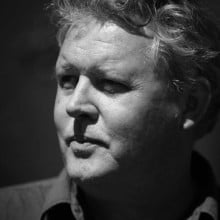 Stephen Daisley was born in New Zealand in 1955. He has served in the New Zealand Army and worked at a variety of jobs in New Zealand and Australia including on sheep and cattle stations, cutting bush and scrub, driving trucks, doing road works and bar work, and on oil and gas construction sites. He now lives in Perth. Traitor is Stephen’s first novel. 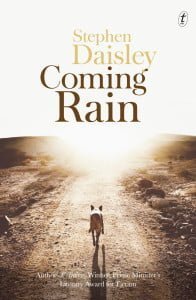