This stirring tale of courage and survival against the odds has become one of the best-loved animal adventures of all time. 'We've got to go away before it's too late.' Fiver was only a small rabbit, but he had a sixth sense and foresaw that disaster was about to destroy the warren. Few believed him. Led by his brother Hazel, a small band of rabbits set out on a perilous journey to find a safe home. Fiver's intuition finally leads them to Watership Down. But here they encounter the greatest threat of all.#89 in ABC My Favourite Book 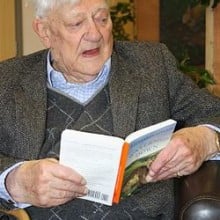 Richard Adams was born in Berkshire in 1920 and studied history at Bradfield and Worcester College, Oxford. He served in the Second World War and in 1948 joined the Civil Service. In the mid-sixties he completed his first novel, Watership Down, the story of which he originally told to his children to while away a long car journey. Watership Down was awarded both the Carnegie Medal and the Guardian award for children's fiction for 1972.In 1974 he retired from the Civil Service to devote himself to writing, and in that year he published Shardik, his second novel. His subsequent novels areThe Plague Dogs (1977), The Girl in the Swing (1980), Maia (1984) andTraveller (1988), and his other books include The Iron Wolf and Other Stories, The Bureaucats, A Nature Diary and, in collaboration with Ronald Lockley, Voyage through the Antarctic. He also collaborated on Nature through the Seasons and Nature Day and Night (with Max Hooper and David A. Goddard). He wrote the poetry for The Tyger Voyage, illustrated by Nicola Bayley, and The Ship's Cat, illustrated by Alan Aldridge, and edited an anthology of modern poetry entitled Occasional Poets. He has also written a volume of autobiography, The Day Gone By.Richard Adams lives in the south of England with his wife Elizabeth, who is an expert on English ceramic history, and has two grown-up daughters, Juliet and Rosamond. His enthusiasms are English literature, music, chess, beer and shove-ha'penny, bird-song, folk-song and country walking. 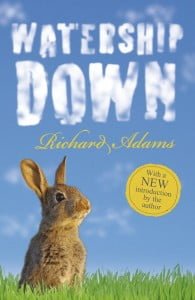