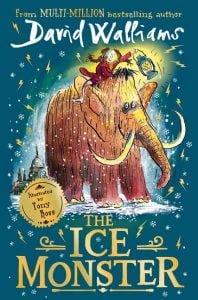 David Walliams fans will be beside themselves with excitement with HarperCollins Children’s Books today announcing that the eleventh novel from the multi-million- copy bestselling author will be called The Ice Monster, and in book shops on November 6.

The Ice Monster is the perfect winter’s tale, inviting readers to journey back to Victorian London in Walliams’ biggest adventure yet. When Elsie, a young orphan, hears of the arrival of a mysterious Ice Monster – a woolly mammoth discovered at the North Pole – she’s desperate to find out more. A chance encounter brings Elsie face to face with the creature and sparks the beginning of the adventure of a lifetime, from London to the heart of the Arctic. The Ice Monster is a comedic tale of adventure, possibility and the glorious unlikely friendship of a ten-year-old girl and a 10,000-year-old mammoth. The characters and atmosphere are vividly brought to life by Tony Ross’ stunning line illustrations.

David Walliams said “I’ve had a magnificent time writing this book. It is an adventure story set in London in 1899 with a cast including Queen Victoria, the Chelsea Pensioners and a Woolly Mammoth. I am thrilled to finally be sharing it with the world.”

Younger readers will also have something to look forward to with Geronimo a festive treat for younger Walliams readers available November 15. 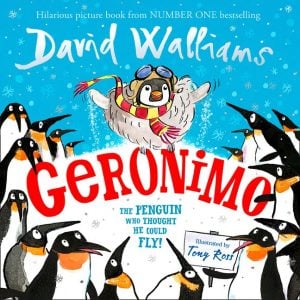 Geronimo is a comedic tale of a spirited baby penguin determined to fly, with a little help from his dad. Walliams’ wit and vibrant illustrations from Ross combine with humour and heart in this glorious wintery story – a celebration of the joy of family, imagination and the power of making dreams come true.

HarperCollins Children’s Books Executive Publisher, Ann-Janine Murtagh said, “Every child now looks forward to the new David Walliams book at Christmas. And with the arrival of his epic new novel, The Ice Monster, they have a treat in store. For the first time ever, David takes his readers back in time to the streets of Victorian London where his spirited hero, Elsie, and a woolly mammoth are centre stage in a truly heart-stopping adventure.

‘Exquisitely written, I believe it is David’s biggest and best book yet, demonstrating that after a decade of writing we have a remarkable storyteller at the very height of his powers,’ said Ann-Janine. ‘Together with Geronimo, he brings storytelling magic to children across the globe this Christmas.’

Read more about The Ice Monster and Geronimo

David Walliams has become one of today’s most influential writers, dominating the industry charts and changing the shape of the book retail landscape. Since the publication of his first novel, The Boy in the Dress, in 2008, illustrated by the iconic Sir Quentin Blake, David Walliams has seen ten years of unprecedented growth with global sales exceeding twenty-six million copies, and his books have been translated into fifty-three languages. The Guardian hailed him ‘as important to the market as any Booker prize-winner and heir to the Rowling crown.’ In 2017, David also became the first children’s writer ever to spend 100 weeks (non-consecutive) at number one in the UK children’s charts, beating his rivals by more than twenty weeks. In addition to his fiction, David has worked with Tony Ross on six picture books as well as three bestselling short-story collections, The World’s Worst Children. Their most recent title together, The World’s Worst Children 3, published in May 2018 and spent three weeks as overall industry number one and fourteen weeks at the top of the children’s bestseller chart. 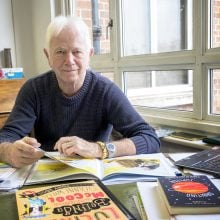 Born in London, Tony Ross went to art school in Liverpool. His cartoons have appeared in famous publications the world over. His first book, HUGO AND THE WICKED WINTER, was published in 1972. Tony has since written over 100 books and illustrated over 2000! His creations Towser and The Little Princess have been turned into TV series. 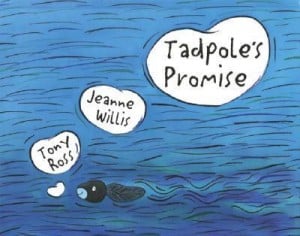 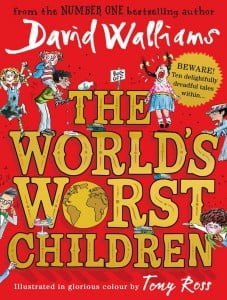 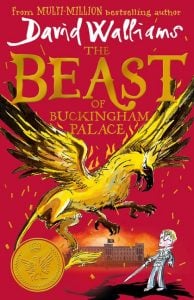 The Beast of Buckingham Palace