Honeybee is about a young teenager, Sam Watson, who climbs over the rail of a traffic bridge late one night with the intention of ending their life. At the other end of the bridge stands an old man, Vic, who is smoking his last cigarette before ending his own struggle. Sam and Vic see each other across the void, and their fates are forever changed. Honeybee is about the relationship that blooms between them, and their efforts to repair each other. Despite the bleak opening scene, Honeybee takes us to some joyful, life-affirming places. It’s a hopeful novel about the importance of support, community, love and understanding.

Late one night a couple of years ago, my brother was driving home after picking his partner up from the airport. As they drove across an overpass, he noticed somebody standing on the other side of the railing, looking down. He pulled over and called the police, while my sister-in-law got out and approached. My brother remained in the car and texted me. I was in my office, working at my desk. I continued to get updates from him. My sister-in-law’s strategy was to provide a distraction while the police were on their way. She spoke to this young person about a range of unrelated subjects, but eventually, they volunteered the reasons why they had been driven to attempt suicide. They were transgender. They had no network of support. They had been abandoned by their family. They saw no pathway that led beyond their anguish and pain. Police and an ambulance arrived. The officers grabbed the young person and pulled them back over the railing. They took a very brief statement from my sister-in-law while paramedics attended to the teenager. My sister-in-law drifted back to the car. The scene cleared. Over the following days, we tried in vain to reconnect with this person. However, they had a very common name and proved difficult to locate. So I found myself worried about a very real person in a very real predicament, who largely existed in my imagination. Honeybee began as an attempt to understand them, and to tell their story.

Rigorous. I’m acutely aware that Sam’s story is not my lived experience. It has always been very, very important to me that I write from a place of sensitivity and understanding when detailing stories that don’t emerge from my own history. In order to respectfully and authentically articulate Sam’s experience, my process was to listen and to learn. I read online testimonies and lurked through discussion forums, watched video confessionals, connected with support networks like Transfolk of WA, and interviewed a number of gender diverse of various ages and backgrounds, all of whom were incredibly generous with their time and unequivocally enthusiastic about Honeybee. It’s not my ambition to speak on behalf of the trans community, nor to colonise a space that is not my own. I’m a proud, passionate ally. To me, that means walking side by side, in solidarity and support, doing my small part to amplify voices that deserve to be heard and encouraging others to listen. Visibility and diversity are vital to literature but more important still – if an author is writing beyond their lived experience, it’s imperative that a story is shaped with care, consultation, and above all, respect. And it’s this ethos that shaped my process of development. I owe a great debt to those trans and non-binary people courageous enough to share their stories in public forums, and to those who generously agreed to meet with me and answer my many questions. I couldn’t have written Honeybee without their contributions, and I wouldn’t have written it without their blessing.

Beyond crafting a meaningful and moving novel, it’s my sincere hope that in telling Sam’s story I might offer readers an emotional context through which they can deepen their understanding of the challenges faced by young gender diverse people in Australia. It’s also my hope that trans and non-binary readers, particularly those in their teens, can read Honeybee and identify with Sam’s story and feel represented and visible and recognised and respected and galvanised. At the thematic heart of Honeybee is the importance of support and understanding, and I believe Honeybee can encourage and foment that kind of community response.

Let’s have a look… Well, it reveals that I cannot bake a serviceable loaf of sourdough bread, and I don’t know why. I also can never remember how to spell manoeuvre (and yes I just looked that up again, and yes I got it wrong when I wrote it down just now). Apparently, I’m also asking making inquiries about when the next season of Succession will be airing. And in between comparable search items, I’m really just googling myself incessantly. Honest and Profoundly Moving: Read an Extract from Honeybee by Craig Silvey Tender and Heartfelt: Read our Review of Honeybee by Craig Silvey Podcast: Craig Silvey on the Books that Shaped his Childhood 'Find out who you are, and live that life.' Late in the night, fourteen-year-old Sam Watson steps onto a quiet overpass, climbs over the rail and looks down at the road far below.At the other end of the same bridge, an old man, Vic, smokes his last cigarette.The two see each other across the void. A fateful connection is made, and an unlikely friendship blooms. Slowly, we learn what led Sam and Vic to the bridge that night. Bonded by their suffering, each privately commits to the impossible task of saving the other.Honeybee is a heart-breaking, life-affirming novel that throws us headlong into a world of petty thefts, extortion plots, botched bank robberies, daring dog rescues and one spectacular drag show.At the heart of Honeybee is Sam: a solitary, resilient young person battling to navigate the world as their true self; ensnared by a loyalty to a troubled mother, scarred by the volatility of a domineering step-father, and confounded by the kindness of new alliances.Honeybee is a tender, profoundly moving novel brimming with vivid characters and luminous words. It's about two lives forever changed by a chance encounter -- one offering hope, the other redemption. It's about when to persevere, and when to be merciful, as Sam learns when to let go, and when to hold on. Craig Silvey is an author and screenwriter from Fremantle, Western Australia.His critically acclaimed debut novel, Rhubarb, was published in 2004. His bestselling second novel, Jasper Jones, was released in 2009 and is considered a modern Australian classic. Published in over a dozen territories, Jasper Jones has won plaudits in three continents, including an International Dublin Literary Award shortlisting, a Michael J. Printz Award Honor, and a Miles Franklin Literary Award shortlisting. Jasper Jones was the Australian Book Industry Awards Book of the Year for 2010.Honeybee is his third novel. 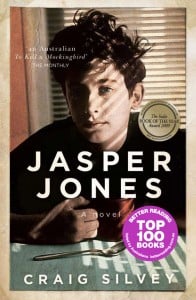 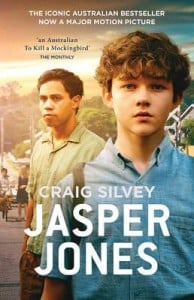