Although Puffin launched in England in 1940, the books weren’t sold in Australia until the late 1940s when Penguin set-up office. See if you recognise some of the covers and faces below . . . 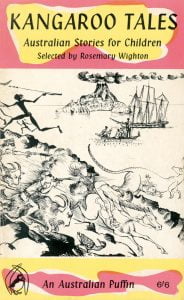 1974  – The Bunyip of Berkeley’s Creek – a favourite in schools – won the Children’s Book Council of Australia (CBCA) Picture Book of the Year Award. 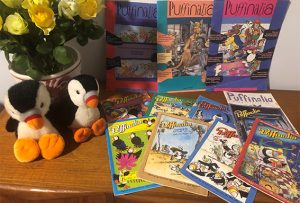 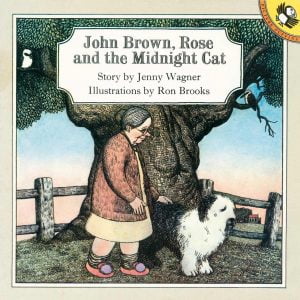 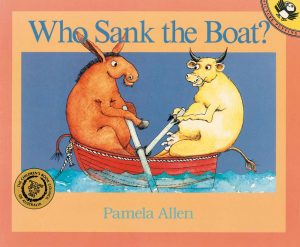 1982 – Who Sank the Boat? It’s a question we’re still asking today! After all these years this is still a best-seller. It deservedly won the CBCA Picture Book of the Year Award in 1983. 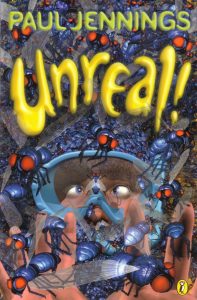 1985 – The Paul Jennings phenomenon began with a little book called Unreal! Paul would go on to sell more than 9 million copies of his books and would begin a reading revolution. 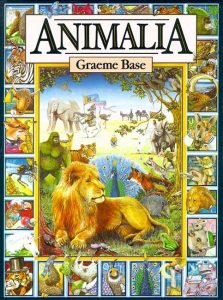 1986 – Graeme Base proved that alphabet books needn’t be boring, with Animalia, which instantly became a classic selling more than 3 million copies around the world. 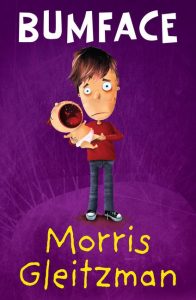 1998 – Morris Gleitzman’s Bumface was published, which won several Kids’ Choice awards including the Young Australian Best Book Award (YABBA) and the Kids Own Australian Literature Award (KOALA). Two decades later Morris would become the Australian Children’s Laureate and his body of work would encompass humorous tales and more serious reads such as the award-winning Felix series. 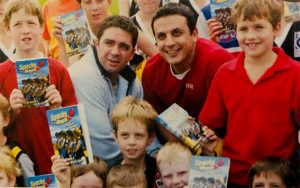 2002 – Specky Magee’s launch was one of the biggest in Puffin Australia’s history, with thousands of kids attending the MCG. Co-authors Garry Lyon and Felice Arena (right) were nearly mobbed at the event but survived to write many more books in the series. 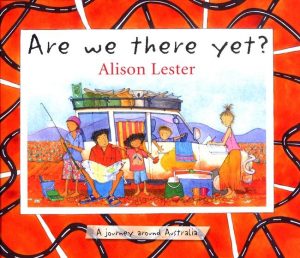 2004 – With one of the best children’s books titles ever, Are We There Yet? by Alison Lester celebrated the Aussie outback and rightly won the CBCA Picture Book of the Year award the following year. In 2011 Alison became the inaugural Australian Children’s Laureate along with Boori Monty Pryor. 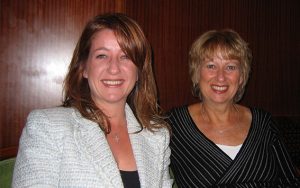 2004 – When Australian Puffin books were first commissioned, there wasn’t a dedicated Young Readers Division. Bob Sessions, who had published many children’s books, saw the need for one and in 1988 established an experienced and passionate children’s team, firstly headed by Julie Watts (pictured right) and later by Laura Harris (pictured left) after Julie’s departure in 2005. 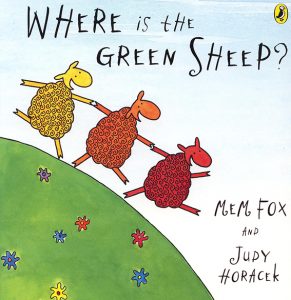 2006 – Where is the Green Sheep? by Mem Fox and Judy Horacek quickly became one of the most read and beloved bedtime books and remains a bestseller today. (Spoiler alert: the Green Sheep is asleep but we won’t tell you where). 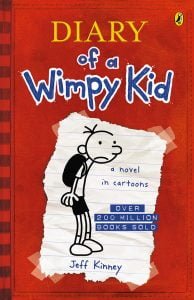 2008 – In one of the most astute publishing decisions of the decade, Puffin Australia bought the rights to publish Diary of a Wimpy Kid locally. The series went on to sell more than 200 million copies around the world and Jeff Kinney the author toured Australia many times as a result, to the delight of thousands of children. 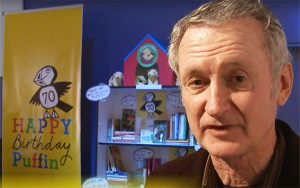 2010 – Puffin folk like a party and in 2010 they kicked up their heels for the 70th anniversary which showcased one of the older Puffin logos. This photo is of the fabulous Paul Jennings. 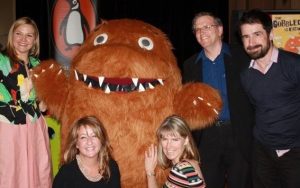 2012 – Pick the odd one out! Yes, the big furry fellow is not human but the Gobbledygook, brought to life for the launch of The Gobbledygook is Eating a Book, by Justine Clarke (far left), Arthur Baysting and Tom Jellett (far right). Publisher Laura Harris and editor Heather Curdie at the front do seem to be enjoying themselves! 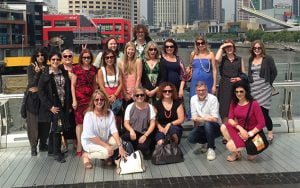 2014 – Speaking of Puffin folk and editors, here is a rare group photo, taken around the corner from Puffin’s Melbourne office. 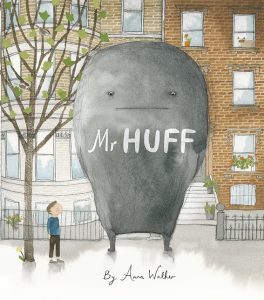 2015 – We were chuffed when Mr Huff by Anna Walker won the CBCA Book of the Year, Early Childhood in 2016. So gorgeous! 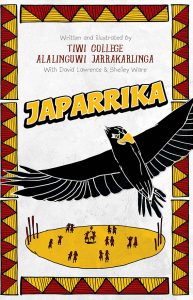 2018 – Penguin Random House has long been a supporter of the Indigenous Literacy Foundation, regularly donating $100,000 to the cause. In 2018 girls from the Tiwi Islands spent a week at our offices learning the trade and authoring, illustrating and publishing Japarrika, a story about a Tiwi girl who loves footy. 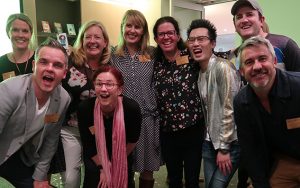 2018 – Five years after the merger of Random House and Penguin to form Penguin Random House, it was decided to start publishing all children’s books for the 0-12 age bracket under the iconic Puffin imprint. A big party was held at both the Sydney and Melbourne offices to celebrate. These Sydney party goers are some of our lovely authors (from left): Jess Black, Tristan Bancks, Belinda Murrell, Deborah Abela, Jacqueline Harvey, R.A. Spratt, Oliver Phommavanh, Tim Harris and Gus Gordon. 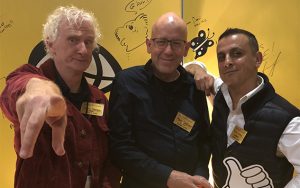 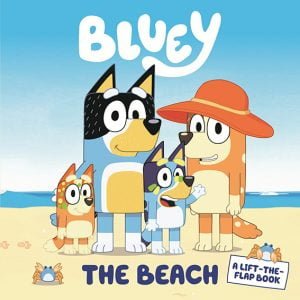 2019  – Wackadoo! Our first Bluey book was published and shot to the best-seller list. The Bluey books and TV series celebrate Australian life and are beloved by millions. Bluey the Beach went on to win the 2020 Australian Book Industry Awards Book of the Year, the ABIA’s highest accolade. Parents and other annoyances: Read another extract from Diary of a Wimpy Kid by Jeff Kinney 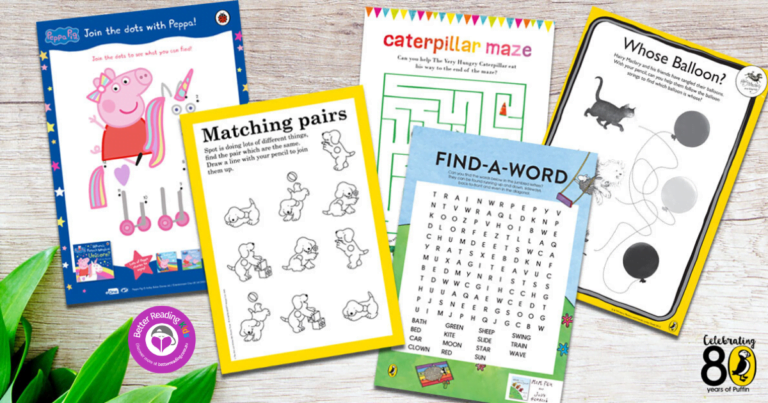 The first book in the phenomenally successful series Diary of a Wimpy Kid by Jeff Kinney. Being a kid can really stink. And no one knows this better than Greg Heffley, who finds himself thrust into high school where undersized weaklings share the hallways with kids who are taller, meaner, and already shaving. Luckily Greg has his best friend and sidekick, Rowley. But when Rowley's popularity starts to rise, it kicks off a chain of events that will test their friendship in hilarious fashion. 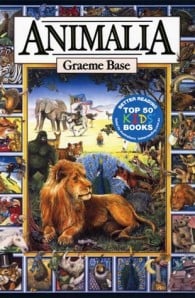 Within the pages of this book You may discover, if you look Beyond the spell of written words, A hidden land of beasts and birds. For many things are 'of a kind,' And those with keenest eyes will find A thousand things, or maybe more - It's up to you to keep the score . . .#86 in  Australia's Top 100 Favourite Homegrown Reads#19 in Australia’s Top 50 Kids’ Books