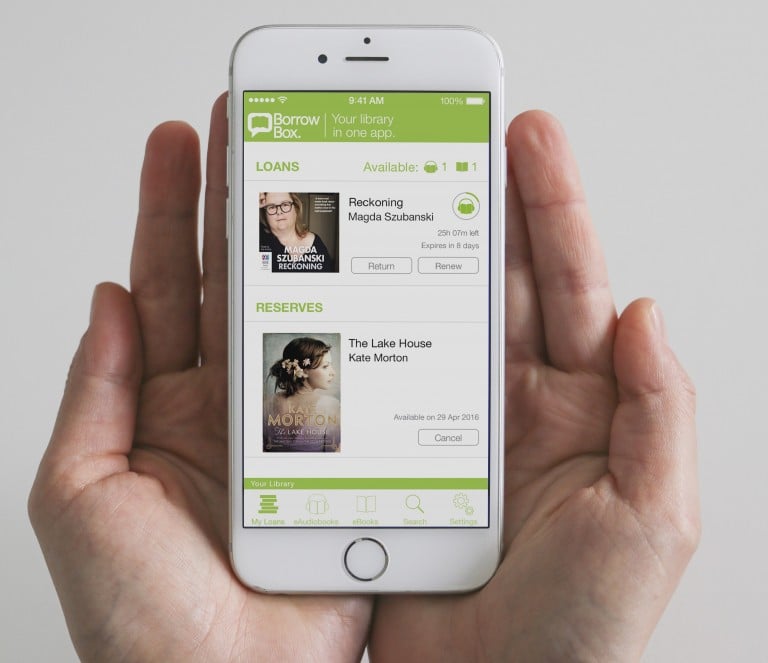 Any book in the palm of your hand? For free? Does that sounds too good to be true? In fact it’s a reality for over one million readers around Australia.

We spoke to Jan Herrmann, co-CEO of Bolinda and co-founder of BorrowBox, about how easy it is to borrow a book any time, no matter where you are.

Imagine you’re on holiday on the other side of the world and you’ve forgotten your book. Or it’s late at night and you’re in the mood to start a new thriller. Don’t worry, you can borrow a book from your local library with just a few clicks of your fingers.

Thanks to Bolinda, pioneers of digital borrowing, the technology is now extremely user friendly. Back in the early days – around 2006 – the technology for downloading eaudio and ebooks was advancing but not straightforward. Bolinda sought to make borrowing books digitally as simple as possible for users. They developed the technology and launched the app in 2010.

BorrowBox is now available online or as an app you can download to your smartphone or mobile device. It allows you to borrow either eaudio or ebooks from your local library any time of day from anywhere. All you need is an email address, your library barcode and a PIN number. Once you’ve downloaded the books you don’t even need to remain online.

“Previously, none of the solutions were easy,” says Herrmann. “The technology was clunky, it was hard to download something; it played on one player but wasn’t supported on another player. So we stripped that away and developed something easy to use.”

Herrmann explains that the best way to understand how BorrowBox works is to think of it exactly as you would a traditional library, only with eaudio and ebooks instead of physical books.

“How it works is that a library subscribes to Borrowbox and you just need to imagine it like a new branch. If you are a library member, you get a barcode and pin number and you go online, or download the app on your iOS device or your apple phone.”

It’s then as simple as logging in with your details, and you can access all the audio and ebook content that your library subscribes to. For most libraries that’s a lot of books.

“The average small library would have between three and five thousand audio and ebooks, perhaps more,” explains Herrmann. “While larger libraries might have twenty to thirty thousand books you can access via the app or website.

“It’s the same as loaning a book from a library. If someone else has it you can reserve it and get your copy when it gets returned. If you haven’t finished it after your loan period you can renew it, and if you finish it early you just return it and get another one.

“It’s good for the industry because it protects the rights of the publishers and the authors – it means the authors are remunerated in the right way, in the same way as traditional libraries.”

If there’s a book that’s not available you can simply ask you library to order it and all this content is all free, just as it is from a regular library. It’s easy to find the books you want because you can browse only the categories that interest you or enter the author or title into the search function.

The library chooses books depending on its demographic and works with Bolinda to select the best content. “We have access to all the major publishers,” says Herrmann. “Half a million or more of ebooks and more every day and our audiobook catalogue has around sixty thousand books.”

It’s hard to pinpoint any one demographic that’s using BorrowBox because it’s available to anyone who accesses their local library. “It’s aimed at everyone from pre-school to 90 plus. We actually find that libraries have attracted a new demographic to their libraries,” says Herrmann.

With many schools running BorrowBox, children’s books are hugely popular downloads and feature frequently in the BorrowBox top ten charts, with Herrmann naming the 65-Storey Treehouse series a perennial favourite. Other popular audio titles right now include The Rosie Project by Graeme Simsion, The Dressmaker by Rosalie Ham, and on ebook The Lake House by Kate Morton and Rain Music by Di Morrissey. Non-fiction is also big, with self-help, mind body spirit and business books among the most popular.

So far there has been a huge up-take of these digital options in Australia – probably north of a million – says Herrmann. “There is massive growth every month in terms of active users. But we expect there will continue to be a similar shift from physical to digital in libraries in the same way as retail.”

According to Herrmann, BorrowBox is available at 95 per cent of libraries in Australia and the most popular devices in Australia for downloading eaudio and ebooks are Apple with 85 percent of the market and 15 per cent Android. Files can be played on mp3 players, e-readers, or on computers with Adobe Digital Editions. They can even be downloaded on to Kindle Fire devices.

Bolinda audio, an Australian company based in Melbourne, has been a publisher of audiobooks for 25 years, and their overseas success has been phenomenal – 60 per cent of UK libraries subscribe to BorrowBox and in the Republic of Ireland, BorrowBox is the only digital borrowing platform used by libraries. (Read more on audiobooks in our article on Bolinda audio here) 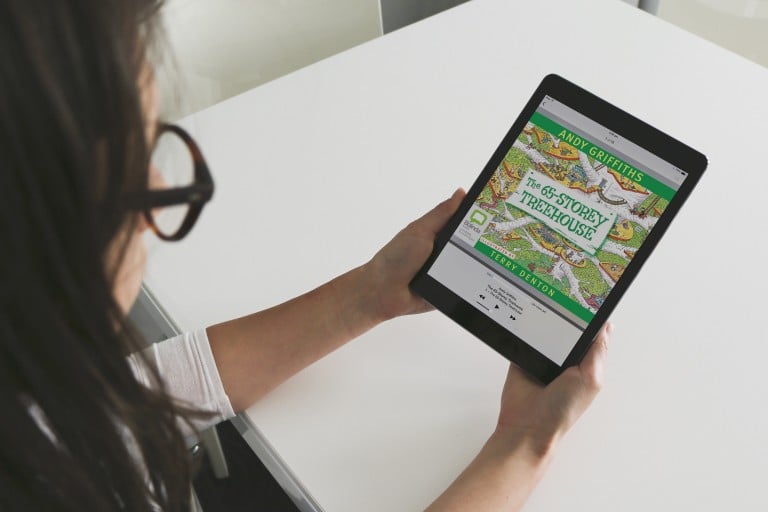 Need a new book for a young reader but can't make it to the library today? We might have the solution...