The Memories That Make Us by Vanessa Carnevale is a smart and unusual romantic tragedy set primarily in the Victorian countryside during winter. Compelling and beautifully written, one of the great things about Carnevale’s latest book is that it has given the old, faithful amnesia trope a great shot in the arm, cleverly re-inventing it. Witnessing an amnesiac become increasingly haunted by their previous life is made much more interesting by the twists of romance and discovery that gradually unfold.

Melbourne writer, Sally Hepworth, summed it up well, describing The Memories That Make Us as ‘a warm, hopeful and uniquely Australian read that reminds you what is important in life. You will not want to put it down until the last page. I loved this novel.’

Running late for dinner, Gracie and Blake zoom along the freeway in their car, until Blake slams the brakes and then everything goes black.

Gracie wakes in a hospital bed, remembering nothing – not her name, not anything about the crash, or that Blake and her were engaged. All of the memories that shaped her have been erased, and in a dreamy, amnesiac state, she feels overwhelmed when told she is supposed to love Blake, even though she doesn’t know or recognise him anymore.

Unable to confront the prospect of a love she no longer knows or feels, Gracie demands that Blake give her some space so that she can attempt to recuperate and regain a sense of normality. But no amount of love letters or photo albums or trawling through their shared home jump-starts her memories. One day she receives a call from a real-estate agent who has been trying to sell Gracie’s recently deceased mother’s home in the countryside. Seeing an opportunity, Gracie leaves Melbourne for the beautiful Daylesford countryside with the conviction that if it’s meant to be, then maybe she will remember Blake eventually.

During the winter she begins restoring her mother’s flower farm, all the while searching for heirlooms or artefacts that’ll trigger any of the memories that supposedly defined her. But things become complicated when she begins falling for her eccentric neighbour Flynn, who is charmingly persistent in his pursuit of Gracie’s affection.

An avalanche of guilt barrages Gracie, as she feels torn between recovering her old love for Blake and kindling a newfound romance with Flynn. But there are even more secrets buried beneath her forgotten memories, and all of them threaten to unravel the new sanctuary she has formed in the country away from her old, forgotten life. And they jeopardise her possibilities of love with either man.

This novel is the classic love triangle with a thought-provoking, amnesiac edge. Carnevale’s writing style is unaffectedly Australian (something very tough to do) and the voice of Gracie, our guide through this evanescent mess, is both fresh while also reminiscent of Mia Moretti, the young Australian artist protagonist of her much loved debut novel, The Florentine Bridge.

Not only will you love The Memories That Make Us, the conflicts in this novel are bound to invoke screaming matches in book clubs all across Australia.

Vanessa Carnevale is an author and freelance writer based in Melbourne, Australia, where she lives with her husband and two children. In her early twenties, Vanessa spent several years living in Florence, Italy, where she met her husband and discovered a love of travel and la dolce vita. She now considers Italy her second home, one that formed the backdrop for her debut novel, The Florentine Bridge. 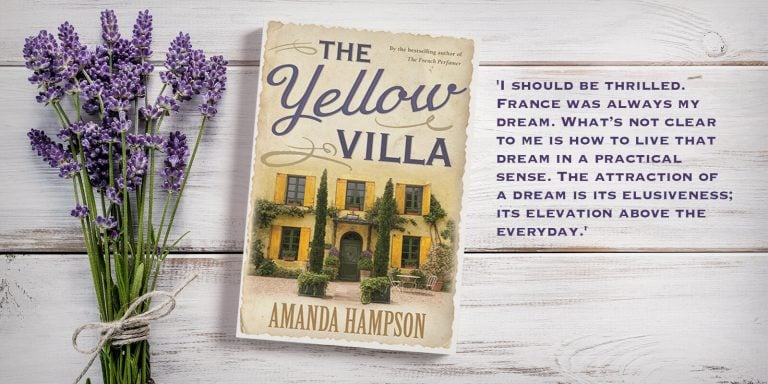 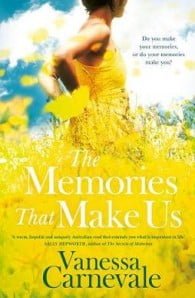 `If you had your time over, would you fall in love with the same person? Would you live the same life twice?' After a car accident, Gracie loses all the memories that define her and is forced to examine the person she has become. Addictive and heartfelt reading from a new Australian voice. Gracie Ashcroft is supposed to marry Blake Beaumont in three months' time. The trouble is, she doesn't know who he is...After an accident leaves Gracie with severe amnesia, she's forced to decide: live a life that is made up of other people's memories of who she was, or start a new life on her own. Leaving her fiance Blake behind, she moves to the country where she takes on the task of reviving her family's abandoned flower farm. While attempting to restart a business with an uncertain future, she tries to come to terms with the grief of losing a mother she can't remember and a fiance she so badly wants to fall in love with again.What she doesn't count on is developing a deep connection with Flynn, a local vet. Worst of all is having to confront the fact that she might lose either chance at love. Forced to examine the person she has become, Gracie confronts the question: if you had your time over, would you live the same life twice?

Vanessa Carnevale is a freelance journalist based in Melbourne, Australia, who has contributed to The Green Parent (UK), Women’s Health and Fitness, The Herald Sun, Italy magazine, and Happy Child, among others. She also served as the publisher of Mindful Parenting for over two years. The Florentine Bridge is her first novel. 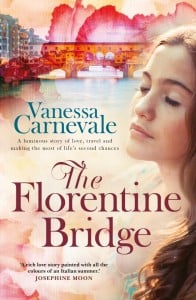 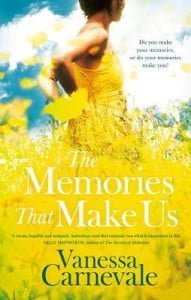 The Memories That Make Us