Life is about more than just surviving…

The world has changed from what we know. In the near future, after years of rising floodwaters, only the very mountaintops are still habitable. The rest of the earth has been covered and is now just open water. What this brings with it is a new set of rules to live by. Pirates own the seas and you never

know when the next band of them will sail nearby, searching for goods to trade and women to breed.

Myra and her daughter Pearl are doing their best to survive in this changed world. They keep to themselves, not trusting anyone, fishing from their boat both to survive and to trade. Myra knew life before the floods, but Pearl was born on their tiny boat and has never known any different. Myra’s only goals are to protect Pearl, which she does with strong maternal ferocity, and to find Row, her other daughter kidnapped during the last flood surge. Kidnapped by the man Myra used to love.

When she hears that Row has been seen alive, Myra drops all tenuous plans she had and starts a dangerous journey to what was once Greenland. Her aim is The Valley, a far-off encampment under the protection of one of the raider bands. How she will sail to The Valley, sneak in, find her daughter and escape are not yet part of Myra’s plan. And neither is the young man she and Pearl find drifting in the ocean after a storm.

After the Flood is a completely original and brilliantly affecting. With the current focus on climate change, it is timely, and very easy to see how a world like this could be possible – and just how close we could be to living in this world Montag has created. After the Flood is a brilliant portrayal of the breakdown of humanity. When we have nothing, what are we willing to trade or risk? Who do you trust when the person you thought you trusted most stole your child? Do you risk opening yourself up to new people, or harden your heart and look after yourself?

This book is an epic read. It’s completely action-packed, the scenes play out so vividly in your imagination, it could easily be a film. There are scenes that will stay with you, haunting your mind, for days afterward. The characters, while being set in a wildly different time and place, are still so wonderfully human. You understand their motives, even when you don’t agree with them. Be prepared to go on an exhilarating journey with Myra, Pearl and the people they meet along the way. This is the type of journey where you don’t have the reassurance of a happily-ever-after. But you do know it will be both redemptive and astonishing.

Buy a copy of After the Flood here 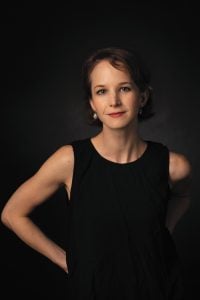 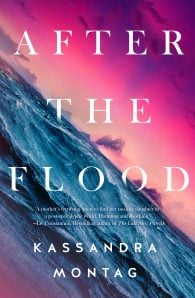 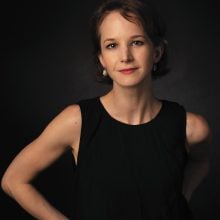