The Showgirl: All the Beautiful Girls by Elizabeth J. Church Las Vegas in the 1960s with its neon lights, topless showgirls, high rollers, glamorous superstars like Frank Sinatra, Eartha Kitt, Sammy Davis Jnr., is the glittering backdrop for the gorgeously written All the Beautiful Girls. The alluring setting belies the serious side of this enthralling second novel from Elizabeth J. Church, whose acclaimed debut was The Atomic Weight of Love.

The story opens in the decidedly homely post-war Kansas, as eight-year-old Lily Decker’s world is torn apart after a high-speed car crash kills her beloved parents and older sister. Lily, who is the only survivor, is forced to live with her dour and dowdy Aunt Tate and Tate’s angry and lecherous husband, Miles. Things go downhill from there, with unwanted nocturnal visits from Uncle Miles while Aunt Tate turns a blind eye. Solace comes in the form of a tall, well-groomed pilot who lives nearby, but Stirling Sloan is also the man whose fast car collided with her parents on the night of the fatal accident. Feeling guilty, ‘The Aviator,’ as Lily nicknames Sloan, supplies Lily with the novels that feed her avid appetite for literature, and funds her other great solace, dancing.

Lily grows into a stunning young woman who escapes her vile relatives by heading for the bright lights of Vegas where she sheds Lily Decker to become Ruby Wilde. But her ambition to become a professional dancer comes to a halt when it becomes obvious her body is more suited to the role of Vegas showgirl, even if it means entertaining men as part of her job. She wears sky-high headdresses, stilettoes, and costumes dripping with feathers and rhinestones. The easy money and glamour are irresistible, but there’s much more to Ruby than her good looks and ultimately, she needs more than the showgirl life.

In All the Beautiful Girls, Church tells a story that is at once raw and tender. Sexy, romantic and evocative, with themes of redemption and guilt, she makes us feel Ruby Wilde’s pain and root for her to survive. Gaudy Vegas and life in the sixties at the dawning of more liberal times is conjured skillfully in a novel that also explores the complex issues that era presented for our loveable yet flawed heroine. While Ruby is impacted by events that shook the world – the assassination of Martin Luther King and Bobby Kennedy, and the Vietnam War – her past returns to haunt her, too. When true love beckons, Ruby realises she can’t escape her history as easily as she thought, and the shame from her childhood surfaces. The suspense builds. Can our heroine escape her past or will she will be inexorably drawn into the seedier side of Sin City?

As the author says in her note: ‘The most iconic Vegas performer, the showgirl, seemed to me the ideal figure to illuminate issues surrounding women’s bodies – how they’re simultaneously idolized and exploited, celebrated and taken for granted. Lily/Ruby also provided me with a way to write honestly about sexuality, that secret ignominy of a woman’s life.’

Despite the events in All the Beautiful Girls unfolding almost fifty years ago, the novel’s themes of shame and sexuality have as great a resonance today, in the #metoo age.

Elizabeth J. Church was born in Los Alamos, New Mexico. She practiced law for over thirty years, focusing on mental health and constitutional law issues. She is the author of The Atomic Weight of Love. All the Beautiful Girls is her second novel. She lives in Northern New Mexico. 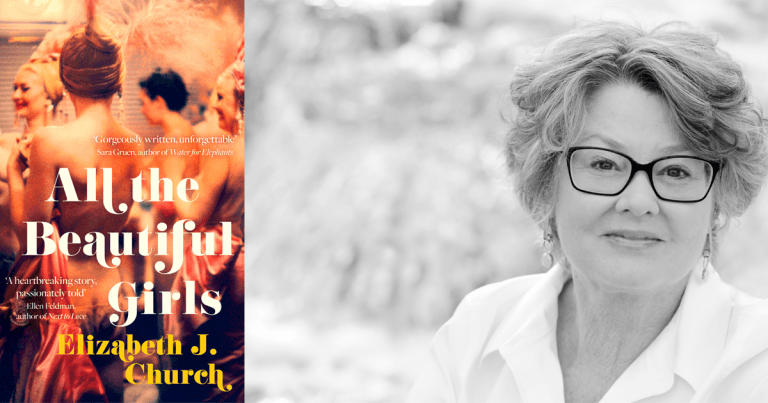 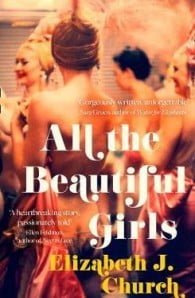 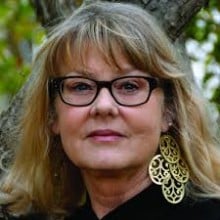 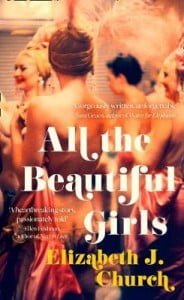