A Sparkling Romance: Read an Extract from Since We Last Met by Bronwyn Sell One man’s paradise was another man’s purgatory.

Major Bruno Michel of the United States Air Force Special Operations Command lowered his backpack onto the jetty at Curlew Bay and did a slow three-sixty. Turquoise ocean. Blond crescent beach. Sun loungers—empty, seeing it was stupid o’clock in the morning. Villas, apartments, a restaurant and bar with a big deck. A glassy pool. Tightly packed gums and pines, rolling down a cliff to the water. Big, screechy birds swooping into the trees, their white feathers flashing in the rising sun—his first cockatoos, he decided. The jetty. The retreating ferry, its wash rolling into the beach, doubling the three-inch swell. Who the hell ever got sent to a place like this on ‘emergency deployment’?

True, he’d had worse postings, but no matter how much of a shitshow the op was, he usually had a general understanding of why he was there.

Hecaught the scent of brine and baking bread—not from the same source, presumably. And roasting coffee beans, which alone nearly had him breaking rule number one of this batshit assignment: no fraternising with the locals.

Was this deployment a punishment or a reward? If a reward, it was wasted on Bruno. A punishment from someone who knew him well seemed more likely. If so, it was outstanding trolling. Curiosity Island, the Whitsundays, Queensland, Australia. Contents: one resort, one backpackers, plenty of spiders but no koalas or kangaroos (according to the captain of the ‘ferry’, as the nine-seater boat that had dropped him off was ambitiously called), and the newest transnational training base in the Pacific. Some lark dreamed up by an Australian naval officer as a hobby job en route to retirement?

Buy a copy of Since We Last Met here. Trouble in Paradise: Read Our Review of Since We Last Met by Bronwyn Sell 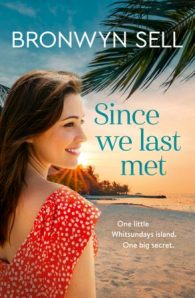 Five years ago, Carmen and Bruno spent the night together. Their daughter, Mika, was born nine months later ... but Bruno doesn't know she exists. Can the couple find each other, and the truth, in a tropical island paradise? A sparkling romance for readers of Alissa Callen and Penelope Janu.Single mum Carmen Lowery's life might be annoyingly imperfect, but at least it's orderly and predictable. Until a tall, dark, handsome stranger mysteriously arrives at her family's Whitsundays resort island - and turns out to be not quite a stranger after all.American special ops pilot Bruno Michel fell off Carmen's radar five years ago after they shared the wildest night of her otherwise straitlaced life. The self-confessed fly-by-nighter when it comes to love is delighted to be temporarily reunited with his uninhibited dream woman, but there's something he doesn't know. Their liaison came with a consequence - a little girl who has his eyes.Carmen and Bruno pick up where they left off, but the legacy of their liaison runs deep - and Bruno is hiding his own not-so-white lie about that night.Before he ships out and Carmen's happy-family fantasy drifts away on the trade winds, they must decide whether their unexpected bond can survive life-changing secrets, meddlesome relatives, and a heartbreaking vow made decades before. 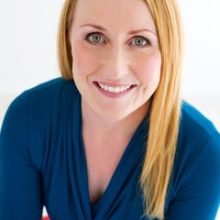 Bronwyn Sell is many things—novelist, journalist, travel writer, bestselling non-fiction author, yogi, theatre nerd, soccer mum, wife, lover of wines in the sun with friends, perpetually terrified taker-of-creative-risks—but at heart she's an eternal romantic and optimist who loves playing with words and imaginary friends. Her journalism and travel writing have won national awards in her native New Zealand. Her romantic thrillers (under pen-name Brynn Kelly) were published in the US, earning critical acclaim and a RITA Award™, the most coveted trophy in the romance genre. 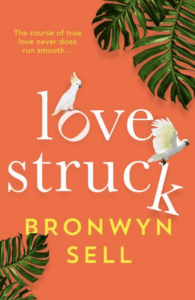 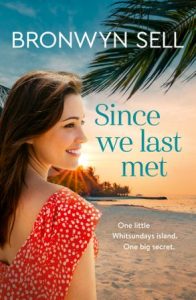 Since We Last Met