A Great Summer Read: Extract From The Great Divide by L.J.M. Owen *This book contains sensitive matter which some readers may find distressing.

The Great Divide is set-in modern-day Tasmania, in a little country town called Dunton. The main character Jake Hunter is a “blow-in” from Melbourne, a by-the-book detective who is looking for a place to lick his wounds and take a breather. However, life has other plans for him and he is soon embroiled in a complex murder mystery which gets messier by the minute. Hunter’s first day on the job is met with a call about an abandoned body in a local vineyard next to a campground. Interestingly, Owen herself is an archaeologist, which contributed beautifully to her writing around the forensics of the land on which the dead body was found.

The body is that of an elderly ex-head mistress who managed a girl’s orphanage. Hunter attempts to maintain control, whilst surrounded by his less than professional new team. However, as Hunter attempts to investigate the murder, he is met with nothing but tight lips and suspicious expressions from his team and the local community. This is a clever story of an outsider uncovering generations of hidden secrets as he pries into the private lives of these classic Aussie characters.

Meanwhile, Hunter is a character that you want to print off on a 3D printer and marry. He’s ethical to the point of causing himself pain, he’s deeply intuitive and has a seriously sexy respect for women. All of these attributes are put to the test though as he uncovers Dunton’s underworld of incest, child abuse and assault. I love a good medical thriller, and The Great Divide provides with tales of torture and complicated genetic discoveries which will leave you reeling. It is a gory read at times, that seems to only become darker by the minute. The psychological wounds that some of the characters live with are enthralling, as detective Hunter exorcises their tragic experiences of abuse.

This is an excellently well-written whodunit, which will leave you guessing all the way through. The Great Divide is a total page turner, engrossing you from the very first page to the last. A great summer read.

Buy a copy of The Great Divide here.

Dr L.J.M. Owen has degrees in archaeology, forensic science and librarianship. She speaks five languages and has travelled extensively through Europe and Asia. L.J. was inspired to write the Dr Pimms series by the neglected women’s stories she discovered between the cracks of popular archaeology. Three books in this series have been published by Echo Publishing. L.J.’s new novel, The Great Divide, introduces a new story world and characters. L.J. is also the Festival Director of the Terror Australis Readers and Writers Festival, a celebration of literature and literacy in southern Tasmania, and divides her time between Canberra and southern Tasmania The Tasmanian Town Full of Dark Secrets: Read a Review of The Great Divide by L.J.M. Owen 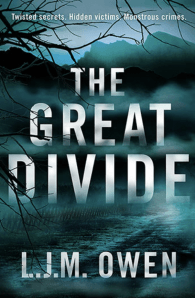 A city detective hunts a killer through a fog of lies in small town Tasmania.

Twisted Secrets. Hidden Victims. Monstrous Crimes.In the rural Tasmanian town of Dunton, the body of a former headmistress of a children's home is discovered, revealing a tortured life and death.Detective Jake Hunter, newly arrived, searches for her killer among past residents of the home. He unearths pain, secrets and broken adults. Pushing aside memories of his own treacherous past, Jake focuses all his energy on the investigation. Why are some of the children untraceable? What caused such damage among the survivors?The identity of her murderer seems hidden from Jake by Dunton's fog of prejudice and lies, until he is forced to confront not only the town's history but his own nature...

A trained archaeologist and qualified librarian with a PhD in palaeogenetics, a limited edition run of L.J.’s first novel, Olmec Obituary, was crowd-funded via Kickstarter in early 2015. The book was then traditionally published in November 2015 by Echo Publishing (Bonnier) and released again in August 2016 with a snazzy new cover. 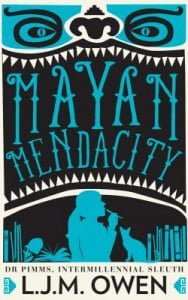 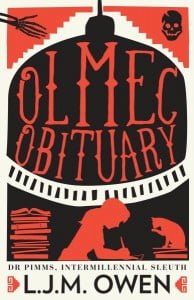 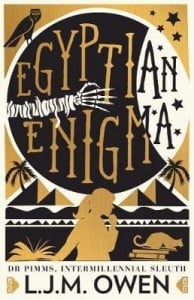