Hervé Tullet was born in 1958. After completing his studies in Visual Arts and Fine Arts, he held the position of Artistic Director for ten years (1981-1992). He then worked in communication and advertising. In 1990, he produced his first illustrations for the French press and abroad (Elle, Le Monde, Liberation, Enfants Magazine, etc.) and in 1994 published his first children's book. Since then he's devoted himself to illustrating and painting. A great lover of children's literature, he is father to two young sons and one daughter, who never fail to inspire him. 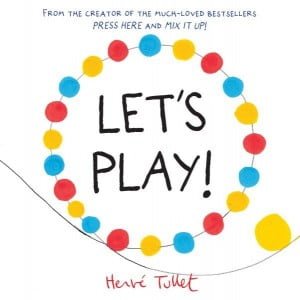