Lily Vanilli, aka Lily Jones, is a baker and cake designer. Originally a graphic designer, she began baking as a hobby and then started selling her cakes at Swanfield market near Brick Lane. Her cakes are available online and from Harrods food hall. She is known for her unusual recipes - she experiments with savoury ingredients such as avocado and bacon - and designs spectacular cakes and other edible treats, such as the marzipan insects she made for an Alexander McQueen film project, or the blood and gore cupcakes created for Maaike Meeking's show at London Fashion Week. 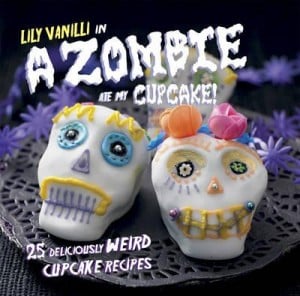 A Zombie Ate My Cupcake!