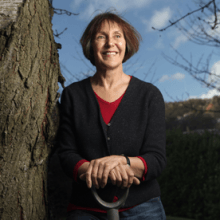 Marina Lewycka was born in a refugee camp in Germany in 1946 and moved to England with her family when she was about a year old. She spent most of her life since then trying to become a writer, and finally succeeded in 2005 with A Short History of Tractors in Ukrainian which has sold more than a million copies in the UK alone. This was followed by Two Caravans in March 2007, We Are All Made of Glue in July 2009 and Various Pets Alive and Dead in 2012.

She lives in Sheffield, Yorkshire. 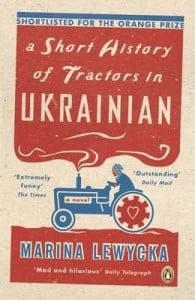 A Short History of Tractors in Ukranian