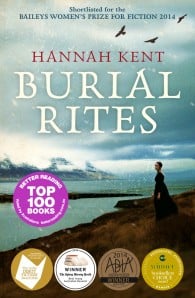 In northern Iceland, 1829, Agnes Magnusdottir is condemned to death for her part in the brutal murder of two men.Agnes is sent to wait on the farm of District Officer Jon Jonsson and his family, who are horrified and avoid Agnes. Only Toti, the young assistant reverend appointed as Agnes's spiritual guardian, is compelled to try to understand her. As the summer months fall away to winter, Agnes's story begins to emerge. And as the days to her execution draw closer, the question burns: did she or didn't she?Based on a true story, Burial Rites is a deeply moving novel about freedom and the ways we will risk everything for love. In beautiful, cut-glass prose, Hannah Kent portrays Iceland's formidable landscape, and asks: how can one woman endure when her life depends upon the stories told by others?WINNER OF THE INDIE AWARDS DEBUT FICTION OF THE YEAR 2014WINNER OF THE VICTORIAN PREMIER'S LITERARY AWARD PEOPLE'S CHOICE AWARD 2014WINNER OF THE FAW CHRISTINA STEAD AWARD 2014WINNER OF THE ABA NIELSEN BOOKDATA BOOKSELLERS' CHOICE AWARD 2014WINNER OF THE ABIA LITERARY FICTION BOOK OF THE YEAR 2014WINNER OF THE SMH BEST YOUNG AUSTRALIAN NOVELIST 2014#74 in Australia's Top 100 Favourite Homegrown Reads#20 in Australia's Top 100 2016 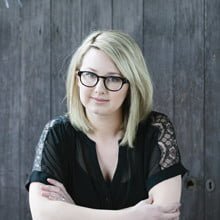 Hannah Kent was born in Adelaide in 1985. She won the 2011 Writing Australia Unpublished Manuscript Award for Burial Rites, and was mentored by Geraldine Brooks. She is the deputy editor of literary journal Kill Your Darlings, and teaches Creative Writing at Flinders University, where she is also completing her PhD. 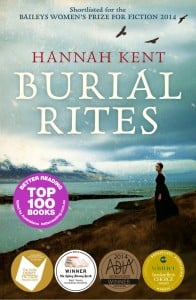 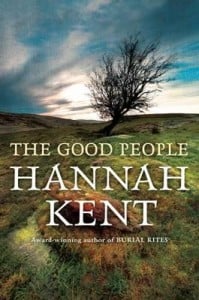