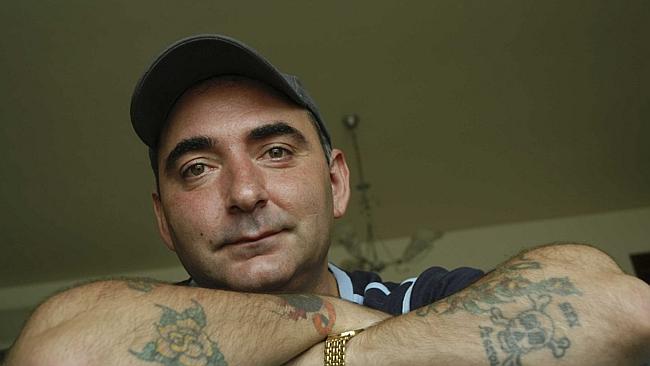 Mark Dapin talks to Better Reading about his new book, writing about men, and making corpses behave themselves…

Before writing award-winning books Mark Dapin was best known for his career in men’s magazines and then as a regular columnist at the Good Weekend.

He’s the author of the novels King of the Cross, which won the Ned Kelly Award for Best First Fiction, and Spirit House, long-listed for the Miles Franklin Literary Award. His most recent non-fiction was The Nashos’ War, a widely acclaimed military history.

His new novel, R&R, has just been published to sensational reviews, including one by Caroline Baum, writing for Booktopia. Baum initially approached the book set during the Vietnam with caution – not wanting to be immersed in a macho world – “But I was wrong,” she said. “And knew it within the first twenty pages, which were bracingly alive with a heady mixture of bawdy humour and raw masculine energy.”

Better Reading: The publishers blurb tells us R&R is ‘a startlingly original portrait of men and war in the twilight zone behind the front.’ Does it offer new insight into what went on in the Vietnam War?

When my granddad died my mum said, “You know, the thing about your granddad, he was always such a gentleman; he never swore.” My granddad swore every minute! These two facts about what my mum said and what my colleague said coalesced and had a deep effect on my thinking.

I went to an all-boys school, a rubbish state school in an army town in England. It was an extremely masculine environment. I realise looking back that men in all-male societies do not necessarily grow up until they’re in mixed company and some men who go from an all-male society, like a comprehensive school for boys, to another all-male society, like the British army – which some of my classmates did – grow up a different way. Yes they get hard and worldly in one way, but they don’t learn about women and relationships and how to get on socially with the opposite sex. And that’s what I’m talking about in the book. If I’m trying to offer an insight into anything, it’s that rather than the Vietnam War.

BR: Is it shocking for people to read about male behaviour when women aren’t around – in military /war situations?

MD: I think that some women are unaware of the callousness of language that some men use when women aren’t around and I think women – some women, certainly not all women – are not aware of the sensuality of violence. Some of the book is about the pleasure men take in violence, which I guess might be shocking to some people, yes.

BR: But we see such violence increasingly every day – in the news, on the internet?

MD: What I try to make clear in this book is that violence is about power and people enjoy exercising that power. We have a picture of war as being something that unwitting populations are forced into by mendacious governments, which is true but the reason that wars can be sustained is that a large number of men quite like fighting them. I guess that is the point I have made in this book and I make to an extent in The Nashos’ War as well.

If you don’t accept that, history just doesn’t make any sense; how is it possible that one guy with a moustache – whether it be Hitler or Saddam Hussein – can lead a whole nation to ruin?

BR: You’ve previously written a military history of the Vietnam War, The Nashos’ War. Did that give you the background necessary to write R&R.

MD: I was never interested in military history until I turned 40 and when people turn 40 they get boring – men get interested in military history and women get into gardening. It’s a biological thing. It happened to me to my astonishment! I went to Vietnam a few times and I interviewed more than 150 soldiers who fought there. I had unconsciously built up background knowledge of Vietnam and the War but it’s really just another stage on which to play out my ideas on men and masculinity.

A lot of the period detail I would hope is authentic but it’s not really the point. I hope it can be enjoyed at the level of those thrillers where you think, “This could have happened, that could have happened, yes that’s the right sort of pistol.” But that’s not what’s important to me.

BR: With historical fiction people get hung up on whether the historical facts are correct?

MD: It’s interesting for a writer, it forces on you a welcome discipline because when you’re making everything up, it helps to have something that anchors you down so I could be sitting here thinking, “Okay I’ve invented this character, what can I invent about his uniform, about his weapon?” But I don’t need to do that, I just need to look back at my research, and I know what this person would have worn, or what this person would have carried.

The book begins with a chapter in which two GIs find a corpse outside a bar and take it in and have a drink with it and I was very concerned about how I could make the behaviour of the corpse realistic. And as it turns out my friend from school, after a period as a Navy officer, ended up an undertaker so I collared him back home at a party and said, “What would a corpse do if it was in a bar?” He said, “It wouldn’t do anything; corpses don’t do anything ever!” And I said, “ No, but if it did?” And he said “But it wouldn’t.” So I said, “What if someone did this, what if someone snapped its limbs, would that allow it to sit up right?” And he said, “But nobody would do that!” and I said, “BUT WHAT IF THEY DID?” and eventually we got a story about how  in reality you could manipulate a corpse into the positions in which the corpse appears in my first chapter.. I know this sounds very macabre.

BR: So those research skills as a journalist are helping out with your books, fiction and non-fiction?

MD: Very much so, it’s interesting, some researchers and professional historians don’t seem to pick the phone up very often, it seems much  easier for me to find somebody than for most people which is one of the skills you unconsciously learn as a journalist – you phone and phone until you find somebody and that has definitely helped. It has helped with the military history I’m writing now for the Jewish community. I can track people down.

BR:  You’re originally from the UK – do you consider yourself to be an ‘Australian voice’?

MD: I left England in 1988, got here 1989 so I’ve lived here longer than I lived in England so yes I do actually. When I go back to England, everyone says “Oh you’re from Australia aren’t you?” Whereas Australians think I’m from the East End [he’s from Aldershot] but yeah I do, I’ve moved here my, my partner’s here, I’ve got two children here. My last book, Spirit House, came out in England, but this is where my work is most widely read.

BR: Which Australian authors do you most admire?

BR: So who will read R&R – is it a good thriller to be enjoyed by anyone?

MD: It can be read as that but its intentions are more serious. Ideally people could pick it up and read from cover to cover and think, “That’s a pulse-racing, page-turner that I couldn’t put down.” But then think, “Hang on, what was that really about?” 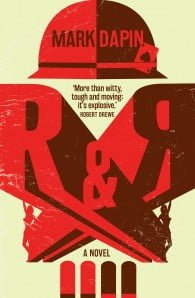 John 'Nashville' Grant is an American military policeman in the R&R town of Vung Tau, tucked safely behind the front lines of the Vietnam War. Nashville knows how everything works: the army, the enemy, bars, secrets, men and women. He's keeping the peace by keeping his head down and making the most of it.His new partner is a tall man from a small town: Shorty, from Bendigo. Shorty knows nothing about anything, and he wishes people would stop mistaking that for stupidity.When another MP shoots a corpse in a brothel, the delicate balance between the military police, South Vietnamese gangsters and the Viet Cong is upset. Nashville and his partner are drawn into the heart of the matter by their violent colleague Sergeant Caution, the obsequious landlord Moreau, the improbable entrepreneur Izzy Berger and the mysterious, omnipotent Mamasan. Events begin to force the pair to uphold the law and eventually to take it into their own hands. 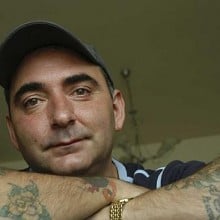 Mark Dapin is the author of the novels King of the Cross and Spirit House. King of the Cross won the Ned Kelly Award for Best First Fiction, and Spirit House was long listed for the Miles Franklin Literary Award and shortlisted for the Age Book of the Year and the Royal Society for Literature's Ondaatje Prize. His recent work of military history, The Nashos' War, has been widely acclaimed. He is a PhD candidate at the Australian Defence Force Academy. 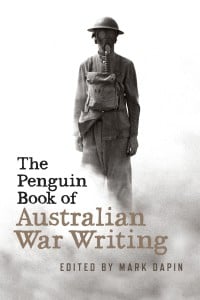 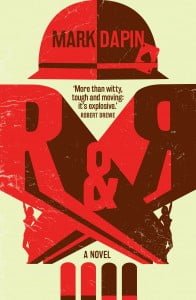