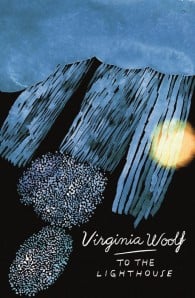 Mr and Mrs Ramsay and their eight children have always holidayed at their summer house in Skye, surrounded by family friends. The novel's opening section teems with the noise, complications, bruised emotions, joys and quiet tragedies of everyday family life that might go on forever. But time passes, bringing with it war and death, and the summer home stands empty until one day, many years later, when the family return to make the long-postponed visit to the lighthouse.

Virginia Woolf is now recognized as a major twentieth-century author, a great novelist and essayist and a key figure in literary history as a feminist and a modernist. Born in 1882, she was the daughter of the editor and critic Leslie Stephen, and suffered a traumatic adolescence after the deaths of her mother, in 1895, and her step-sister Stella, in 1897, leaving her subject to breakdowns for the rest of her life. Her father died in 1904 and two years later her favourite brother Thoby died suddenly of typhoid.

With her sister, the painter Vanessa Bell, she was drawn into the company of writers and artists such as Lytton Strachey and Roger Fry, later known as the Bloomsbury Group. Among them she met Leonard Woolf, whom she married in 1912, and together they founded the Hogarth Press in 1917, which was to publish the work of T. S. Eliot, E. M. Forster and Katherine Mansfield as well as the earliest translations of Freud. Woolf lived an energetic life among friends and family, reviewing and writing, and dividing her time between London and the Sussex Downs. In 1941, fearing another attack of mental illness, she drowned herself.Her first novel, The Voyage Out, appeared in 1915, and she then worked through the transitional Night and Day (1919) to the highly experimental and impressionistic Jacob’s Room (1922). From then on her fiction became a series of brilliant and extraordinarily varied experiments, each one searching for a fresh way of presenting the relationship between individual lives and the forces of society and history. She was particularly concerned with women’s experience, not only in her novels but also in her essays and her two books of feminist polemic, A Room of One’s Own (1929) and Three Guineas (1938).Her major novels include Mrs Dalloway (1925), the historical fantasy Orlando (1928), written for Vita Sackville-West, the extraordinarily poetic vision of The Waves (1931), the family saga of The Years (1937), and Between the Acts (1941). All these are published by Penguin, as are her Diaries, Volumes I-V, and selections from her essays and short stories. 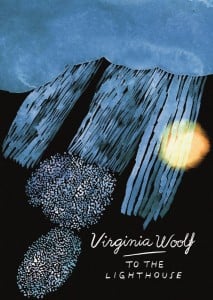