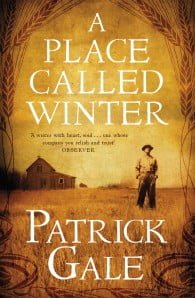 Why we love it!

Patrick Gale cements his position as one of the great storytellers with A Place Called Winter.  Deftly weaving tenderness, love, loss, passion and human struggle into an unforgettable and irresistible story, this is one of those books you never want to end – it leaves you calling for more.

With his mother dead and practically abandoned by his father, Harry Crane is as good as orphaned around the turn of the twentieth century. But after his father’s death, the estate should ensure he never has to work. When Harry develops a remarkable rapport with a woman in love with another man, he is swept along by his in-laws-to-be, weds Winnie, fathers her child and loses a large part of his inheritance on a family member’s whim.   Coasting through life, a deliciously clandestine affair brings Harry his first taste of love and with it, a scandal that could destroy him…

Forced to leave what remains of his fortune behind with his wife and child, Harry seeks an opportunity to start again in Canada, as “most outcasts banish themselves.” Nothing can prepare Harry for his new life – hard physical labour, stripped of social standing and devoid of most human contact, he takes his punishment as it comes, hoping to establish himself as a farmer in the remote wilderness town of Winter.  Here, he has a new chance at love but life isn’t prepared to throw Harry a peace offering quite so easily.

We asked Gale about the similarities between Australian and Canadian pioneers.  “Well, one of the parallels that struck me most keenly was in the fate of the indigenous tribespeople pushed aside by the colonists.  I knew about reservations but not about the hideous ‘residential schools’ in which we separated children from their families and forcibly Christianised them as late as the 1970s.  I touch on this in the character of Ursula, a two-souls Plains Cree who has been scarred forever by her experience of them.”

A Place Called Winter is a spectacular triumph.  Loosely based on the life of Gale’s great-grandfather, his affection for Harry is infectious.  “I love it when I set out to write one book and find that research turns it into quite another.”  In his own words, Patrick Gale has created “a novel about gender and power.”  In our opinion, this is a wonderful, brilliantly crafted tale brimming with beauty. 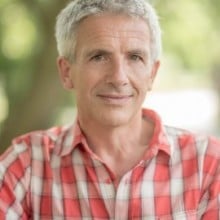 Patrick was born on 31 January 1962 on the Isle of Wight, where his father was prison governor at Camp Hill, as his grandfather had been at nearby Parkhurst. He was the youngest of four – one sister, two brothers, spread over ten years. The family moved to London, where his father ran Wandsworth Prison, then to Winchester. At eight Patrick began boarding as a Winchester College Quirister at the cathedral choir school, Pilgrim’s. At thirteen he went on to Winchester College. He finished his formal education with an English degree from New College, Oxford in 1983.He has never had a grown-up job. For three years he lived at a succession of addresses, from a Notting Hill bedsit to a crumbling French chateau. While working on his first novels he eked out his slender income with odd jobs; as a typist, a singing waiter, a designer’s secretary, a ghost-writer for an encyclopedia of the musical and, increasingly, as a book reviewer.His first two novels, The Aerodynamics of Pork and Ease were published by Abacus on the same day in June 1986. The following year he moved to Camelford near the north coast of Cornwall and began a love affair with the county that has fed his work ever since.He now lives in the far west, on a farm near Land’s End with his husband, Aidan Hicks. There they raise beef cattle and grow barley. Patrick is obsessed with the garden they have created in what must be one of England’s windiest sites and which includes England’s westernmost walled rose garden, and he deeply resents the time his writing makes him spend away from working in it. As well as gardening, he plays both the modern and baroque cello. He chairs the North Cornwall Book Festival, patron of Penzance LitFest and a director of both Endelienta and the Charles Causley Trust. His chief extravagance in life is opera tickets. 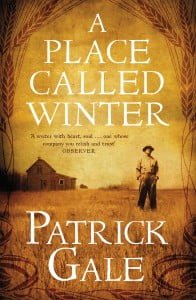