Only one suspect has been charged and convicted for The Family Murders of Adelaide, the City of Corpses. Award-winning investigative journalist, Debi Marshall, interrogates these long cold cases.In this definitive expose, Walkley-award winning journalist Debi Marshall turns her investigative blowtorch to the shocking Adelaide Family murders and to secrets long hidden in the City of Corpses.This chilling account begins with the liberalisation of South Australia under the premiership of Don Dunstan and demands answers to decades-old questions. Who were the Family killers? Why are suppression orders still protecting suspects four decades later? Why do some of these serial killings remain unsolved? Only one suspect, Bevan Spencer Von Einem, has been charged and convicted.With her combination of investigative skills and sensitivity, Marshall treads a harrowing path to find the truth, including confronting Von Einem in prison, pursuing sexual predators in Australia and overseas, taking a deep-dive into the murky world of paedophiles, challenging police and judiciary, and talking to victims and their families. The outcome is shocking and tragic.Following broadcast of the Foxtel television and podcast series Debi Marshall Investigates Frozen Lies, numerous people came forward to courageously share new information with Marshall. Their stories are here. Banquet takes aim at the public service, wealthy professionals and the judiciary and for the first time reveals hitherto unpublished details of the Family. And it demands a Royal Commission to break the silence that keeps the truth hidden. 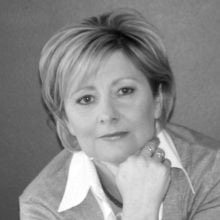 Debi Marshall is a journalist, producer for television and author who lives in Hobart. As a reporter and writer, Debi Marshall specialises in true crime. She has written eight books. Each combines her excellent storytelling skills with her forensic approach to accurate research. Her book, Justice in Jeopardy, helped overturn Australia’s double jeopardy laws. At all times, despite frequent personal danger and threats, she has been motivated to seek truth and justice and has worked with the highest ethical considerations to tell dark and challenging stories. Her book on the notorious Snowtown serial murders, Killing for Pleasure, won the 2007 Ned Kelly award for Best True Crime. Debi Marshall always sets out to establish a bond of trust with victims and their families, and with witnesses who came forward to tell her their stories. Working as a producer with Channel 7’s Sunday Night program she investigated the Family Court Murders of 1980 – 1985. Then conducted further research to write The Family Court Murders. Leonard Warwick was subsequently arrested over these matters. Debi has also been a tutor in journalism at the University of Technology, Sydney and as a teacher of media at college. Her other books include The House of Hancock and The Devil's Garden. Her books have twice been long-listed for a Walkley Award. Debi Marshall won a Walkley Leadership Award in 2015. 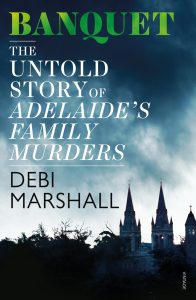