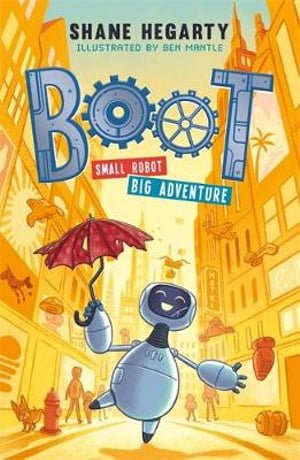 When toy robot, Boot, wakes up at a scrapyard, he has no idea how he got there and why he isn't with his owner, Beth. He only has three glitchy memories, but he knows he was loved, which means something important to humans.Boot soon realises his emotions make him different to other robots, who just function and don't think. Boot is scared but tries to be brave, which is hard when your screen keeps showing a wobbly, worried face. Luckily Boot meets Noke and Red - other 'advanced' robots who have learned to survive in secret.With his new friends by his side, Boot is determined to find Beth and the gang set off on a dangerous adventure. Everything Boot thought he knew about the world is changing and, when he finally gets home, things aren't as simple as he remembers . . .Boot is a story that will take you by surprise and make you think about the world around you. 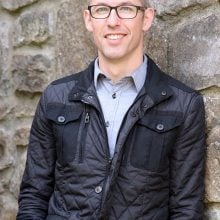 Shane Hegarty was a journalist and editor of the Irish Times , and before that worked in radio and the music business. Now a full time writer, he is the author of the bestselling middle-grade series, Darkmouth- which is currently being developed into a big screen animation by Oscar-nominated director Douglas Sweetland and Moana Head of Story, Dave Pimentel. Darkmouth was nominated for the Waterstones Prize. Boot is his first series for younger readers. He lives near Dublin with his wife and a brutally honest young readers focus group - otherwise known as his four children. 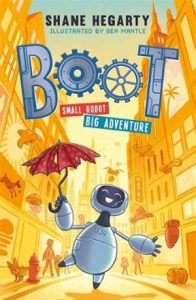