Frustrated by country life and eager for adventure and excitement, seventeen-year-old Tom Button moves to Melbourne to study. Living in a run-down apartment block, he enters a bohemian world of poets and musicians, parties and gallery openings. Soon, however, he is caught up in one of the greatest unsolved art heists of the twentieth century: the infamous theft of Picasso’s Weeping Woman.Set among the demimonde – where nothing and nobody is as they seem – Cairo is a novel about growing up, the perils of first love, and finding your true place in the world.‘Chris Womersley’s third novel, Cairo, is as fresh and unexpected as his first two … an accomplished performance from a writer whose advent was dramatic and whose career has consolidated with an impressive power to surprise.’ Peter Pierce, The Australian‘A delightfully sensitive tale set in that wistful coming-of-age we would all like to revisit.’ Jennifer Byrne, Australian Women's Weekly‘More straight-talking than John Banville, less tricksy than Julian Barnes, Womersley nonetheless shares their interest in the adult man forged in the flames of intense youthful experience. To this he adds the tension – though not necessarily the moral questions – of crime … Womersley is a master of mood, illustrating dingy but exciting Fitzroy, with lively, tender strokes’ Estelle Tang, The Saturday Age‘One of the unrepentantly daring and original talents in the landscape of Australian fiction. ’ Sydney Morning Herald 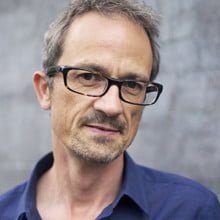 Chris Womersley is the author of The Low Road, which won the Ned Kelly Award for Best First Fiction. His second novel, Bereft, was shortlisted for the Miles Franklin Literary Award and won the Australian Book Industry Award for Literary Fiction and the Indie Award for Fiction. Chris lives in Melbourne. 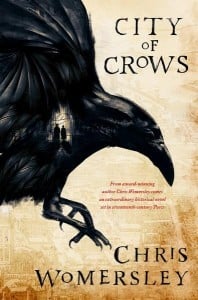