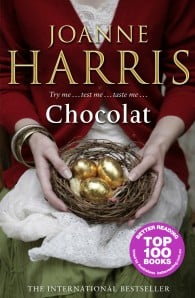 When an exotic stranger, Vianne Rocher, arrives in the French village of Lansquenet and opens a chocolate boutique directly opposite the church, Father Reynaud denounces her as a serious moral danger to his flock - especially as it is the beginning of Lent, the traditional season of self-denial.As passions flare and the conflict escalates, the whole community takes sides. Can the solemnity of the Church compare with the sinful pleasure of a chocolate truffle? "Mouthwatering ... a feelgood book of the first order ... your senses are left reeling. Read it"  Observer"Is this the best book ever written? Truly excellent ... Harris's achievement is not only in her story, in her insight and humour and the wonderful picture of small-town life in rural France, but also in her writing"  Literary Review"Sensuous and thought-provoking ... subtle and brilliant"  Daily Telegraph“Accomplished and delectable… Few readers will be able to resist.”  New York Times Book Review “Gourmand Harris’s tale of sin and guilt embodies a fond familiarity with things French that will doubtless prove irresistible to many readers.”  Publishers Weekly (starred review)“…as sweet, rich and utterly satisfying as a fine truffle. Dieters beware: Ms. Harris’s lush prose drips with mouth-watering descriptions of cocoa confections that could melt even the most resolute of wills.”  Wall Street Journal 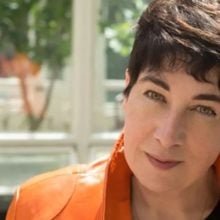 Joanne Harris (MBE) was born in Barnsley in 1964, of a French mother and an English father. She studied Modern and Mediaeval Languages at Cambridge and was a teacher for fifteen years, during which time she published three novels, including Chocolat (1999), which was made into an Oscar-nominated film starring Juliette Binoche.Since then, she has written 15 more novels, two novellas, two collections of short stories, a Dr Who novella, guest episodes for the game Zombies, Run, the libretti for two short operas, several screenplays, a musical and three cookbooks. Her books are now published in over 50 countries and have won a number of British and international awards.Joanne is an honorary Fellow of St Catharine’s College, Cambridge, has honorary doctorates in literature from the universities of Sheffield and Huddersfield, and has been a judge for the Whitbread Prize, the Orange Prize, the Desmond Elliott Prize and the Royal Society Winton Prize for Science, as well as for the Fragrance Foundation awards for perfume and perfume journalism (for which she also received an award in 2017). 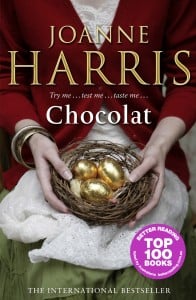 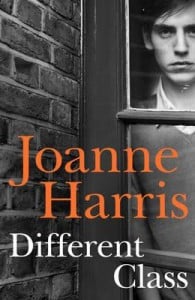 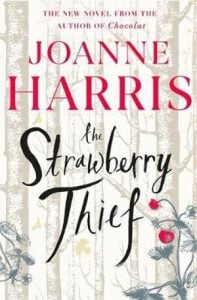