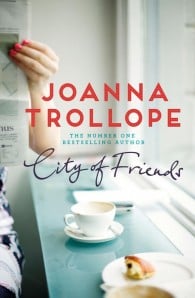 The day Stacey Grant loses her job feels like the last day of her life. Or at least, the only life she'd ever known. For who was she if not a City high-flyer, Senior Partner at one of the top private equity firms in London?As Stacey starts to reconcile her old life with the new - one without professional achievements or meetings, but instead, long days at home with her dog and ailing mother, waiting for her successful husband to come home - she at least has The Girls to fall back on. Beth, Melissa and Gaby. The girls, now women, had been best friends from the early days of university right through their working lives, and for all the happiness and heartbreaks in between.But these career women all have personal problems of their own, and when Stacey's redundancy forces a betrayal to emerge that was supposed to remain secret, their long cherished friendships will be pushed to their limits . .About the author Joanna Trollope was born on 9 December 1943 in her grandfather's rectory in Minchinhampton, Gloucestershire, England, daughter of Rosemary Hodson and Arthur George Cecil Trollope, and is the eldest of three siblings.Joanna's first books to be published were a number of historical novels under the name Caroline Harvey. These were followed by Britannia’s Daughters, a historical study of women in the British Empire and more recently, her enormously successful contemporary works of fiction. The Choir was Joanna's first contemporary novel, followed by A Village Affair and A Passionate Man. The Rector's Wife, first published in 1991, was Joanna's first number one bestseller, and made her into a household name. Since then, she has written eighteen more bestselling contemporary novels.When Joanna considers what has happened to her career in the last ten years, she often thinks, as her friend Jilly Cooper once said, 'You’d believe it, wouldn’t you, if it happened to someone else'. 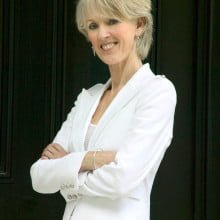 Joanna Trollope is the author of many highly acclaimed bestselling novels. She has also written a study of women in the British Empire, Britannia's Daughters, as well as a number of historical novels.Born in Gloucesterhire, she now lives in London. She was appointed OBE in the 1996 Queen's Birthday Honours List. 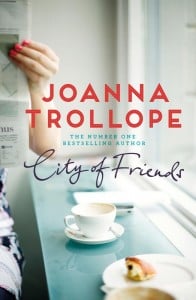