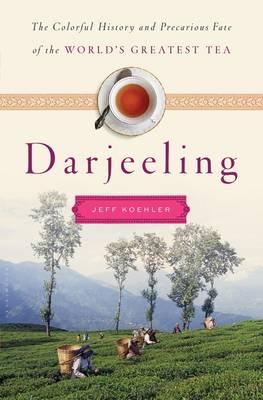 Darjeeling's tea bushes run across a mythical landscape steeped with the religious, the sacred, and the picturesque. Planted at high elevation in the heart of the Eastern Himalayas in an area of northern India bound by Nepal to the west, Bhutan to the east, and Sikkim to the north, the linear rows of brilliant green waist-high shrubs that coat the steep slopes and valleys produce only a fraction of the world's tea, and less than one percent of India's total. Yet the tea from that limited crop, with its characteristic bright, amber-colored brew and muscatel flavors, is generally considered the best in the world.This is the story of how Darjeeling tea began, jump-started the largest tea industry on the globe under imperial British rule, and came to produce the highest- quality tea leaves anywhere in the world-beloved by millions and by Britain's royal family. It is a story rich in people, history, intrigue, and terroir, all set amidst a backdrop of the looming Himalayas and drenching monsoons. But it is also the story of how the industry spiraled into decline by the end of the twentieth century, and how this Edenic spot in the high Himalayas seethes with a violent independence struggle. The story is ripe with the imprint of the Raj as well as the contemporary clout of voodoo farmers getting world record prices for their fine teas-and all of it beginning with one of the most audacious acts of corporate theft in history.Jeff Koehler has written a fascinating chronicle of India and its most sought-after tea. Blending history, politics, and reportage together, along with a collection of recipes that tea-drinkers will love, Darjeeling is an indispensable volume for fans of micro-history and tea fanatics. 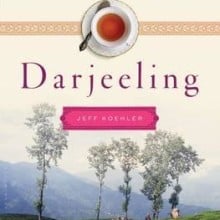 Jeff Koehler is a writer, traveler, and cook, and author of books and articles on food and culture including Spain: Recipes and Traditions from the Verdant Hills of the Basque Country to the Coastal Waters of Andalucia, named a New York Times Notable Book of 2013, Morocco: A Culinary Journey with Recipes from the Spice-Scented Markets of Marrakech to the Date-Filled Oasis of Zagora, and La Paella: Deliciously Authentic Rice Dishes from Spain's Mediterranean Coast. He lives in Barcelona. 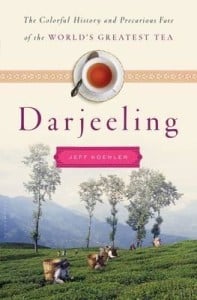