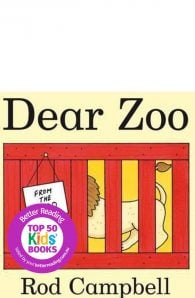 "I wrote to the zoo to send me a pet..."This classic lift-the-flap book has been a favourite with toddlers ever since it was first published in 1982. Now reissued as a sturdy casebound board book, perfect for little hands!#19 in the Top 50 Kids' Books 2019 - Younger Readers 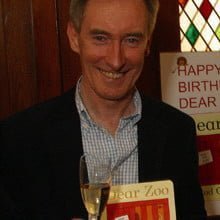 Rod Campbell was born in Scotland in 1945. His family moved to Rhodesia (Zimbabwe) when he was two years old, and it was there that he was brought up and educated. Despite his artistic talents, he had a scientific higher education and subsequently went to Britain where he obtained a doctorate in organic chemistry. Soon after, he gave up science to follow his interests in art, and spent years living in a garret, painting, supported by various part-time jobs. During this time he designed some toys and children’s cards, which were seen by a friend who introduced him to the children’s publisher Blackie. They asked him to illustrate some small early learning books, and that marked in 1980 the beginning of his career in children’s books. He discovered that he enjoyed his involvement with children’s publishing, and not only did he have lots of ideas for books, but he realised it was something for which he had a natural aptitude. The early 80’s saw the emergence of so-called ‘novelty’ books for children, and Rod Campbell’s use of interactive elements in early learning books for the young established his reputation for innovative books for the under 5’s. Many had flaps to lift or other interactive elements, the best known of which being Dear Zoo.

In 1986 he became involved in the publishing process when he had the opportunity to produce a series of books as an ‘own brand’ for WHSmith, and in 1987 he formed Campbell Blackie Books in partnership with his publisher Blackie. Two years later he became an independent publisher when he formed Campbell Books and built a quality list of books for the under 5’s. This was sold in 1995 to Macmillan who kept the Campbell Books imprint for which Rod Campbell continues to create books.

Rod Campbell’s approach to books for babies and toddlers is instinctive, with simplicity being paramount. He sees himself as a ‘maker’ of books rather than as an author or illustrator. He uses flaps or pop-ups in a book only when he feels they give an extra dimension to a simple story or when they will serve to enhance the ‘reality’ of certain images. For the youngest he believes that a degree of physical involvement is crucial in drawing the child into books, and maintaining their interest. He uses simple texts with often a repeating element, or even rhymes, as he regards these to be important for the pre-reader. He believes that however simple a story, it should always end either on an upbeat note or quietly resolved to everyone’s satisfaction! 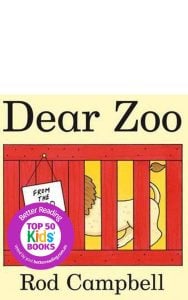