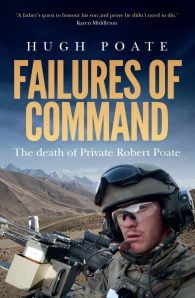 This is the story of our quest for answers and the shocking facts that emerged.On 29 August 2012 Private Robert Poate, Lance Corporal Rick Milosevic and Sapper James Martin were killed during an insider – or green on blue – attack in Afghanistan. Their killer, a supposed ally, was a Taliban sleeper in the ranks of the Afghan National Army. Information provided to the families by rank-and-file soldiers after the event shocked them. And the heavily redacted internal investigation report excluded a plethora of potentially incriminating facts.This powerful book is the result of a father’s quest to find out the truth behind the death of his soldier son. Hugh Poate’s search reveals a labyrinth of excuses, denials, half-truths, cover-ups, contrived secrecy, incompetence, negligence, orders not followed, and lessons not learnt.Compelling and enraging, this story of the disturbing facts surrounding the devastating loss of three soldiers continues to reverberate beyond their families to the highest levels of the Australian Defence Force and Government. 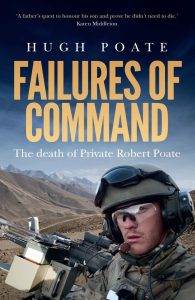