Girt. No word could better capture the essence of Australia . . .In this hilarious history, David Hunt tells the real story of Australia's past from megafauna to Macquarie ... the cock-ups and curiosities, the forgotten eccentrics and Eureka moments that have made us who we are.Mark Twain wrote of Australian history: 'It does not read like history, but like the most beautiful lies ... but they are all true, they all happened.' In Girt, Hunt uncovers these beautiful lies, recounting the strange and ridiculous episodes that conventional histories ignore. The result is surprising, enlightening – and side-splittingly funny.Girt explains the role of the coconut in Australia's only military coup, the Dutch obsession with nailing perfectly good kitchenware to posts, and the settlers' fear of Pemulwuy and his Amazing Technicolor Dreamingcoat.It introduces us to forgotten heroes like Mary McLoghlin, transported for the typically Irish crime of 'felony of sock'; Patyegarang, the young Eora girl who co-authored the world's most surprising dictionary; and Trim the cat, who beat a French monkey to become the first animal to circumnavigate Australia.Our nation's beginnings were steeped in the unlikely, the incongruous and the frankly bizarre. Girt restores these stories to their rightful place. Not to read it would be un-Australian. 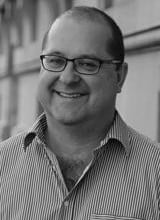 David Hunt is an unusually tall and handsome man who likes writing his own bios for all the books he has written (one). He has worked as an historical consultant and comedy writer for television and also has a proper job. He owns a cat and has a birthmark that looks like Tasmania, only smaller and not as far south. 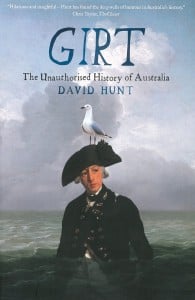 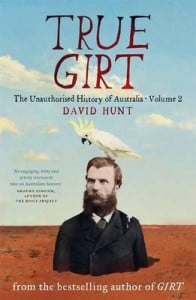 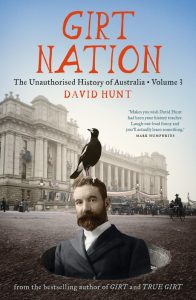