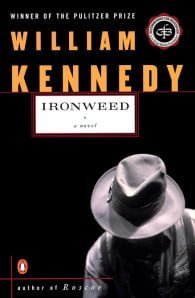 Francis Phelan, ex-ballplayer, part-time gravedigger, full-time drunk, has hit bottom. Years ago he left Albany in a hurry after killing a scab during a trolley workers’ strike; he ran away again after accidentally—and fatally—dropping his infant son. Now, in 1938, Francis is back in town, roaming the old familiar streets with his hobo pal, Helen, trying to make peace with the ghosts of the past and the present…The 1987 film starring Jack Nicholson and Meryl Streep was nominated for Academy Awards for Best Actor in a Leading Role (Nicholson) and Best Actress in a Leading Role (Streep).Winner of the 1984 Pulitzer Prize for Fiction.“A remarkable and most original novel.” Alison Lurie 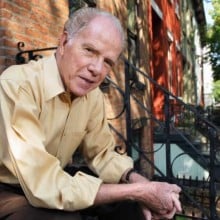 William Kennedy, author, screenwriter and playwright, was born and raised in Albany, New York. Kennedy brought his native city to literary life in many of his works. The Albany cycle, includes Legs, Billy Phelan’s Greatest Game, and the Pulitzer Prize winning Ironweed. The versatile Kennedy wrote the screenplay for Ironweed, the play Grand View, and cowrote the screenplay for the The Cotton Club with Francis Ford Coppola. Kennedy also wrote the nonfiction O Albany! and Riding the Yellow Trolley Car. Some of the other works he is known for include Roscoe and Very Old Bones.Kennedy is a professor in the English department at the State University of New York at Albany. He is the founding director of the New York State Writers Institute and, in 1993, was elected to the American Academy of Arts and Letters. He has received numerous literary awards, including the Literary Lions Award from the New York Public Library, a National Endowment for the Arts Fellowship, and a Governor’s Arts Award. Kennedy was also named Commander of the Order of Arts and Letters in France and a member of the board of directors of the New York State Council for the Humanities. 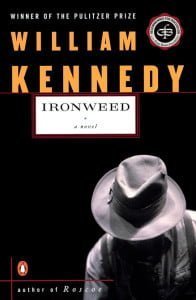