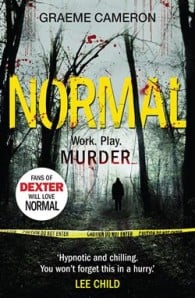 Why we love it!

Told matter-of-factly from the point-of-view of a serial killer, this novel gets under your skin, grabs you and won’t let you go until the very last page.

The narrator of Normal is a seemingly regular guy. We get to know him and his little routines well. He looks like everyone else, he lives in a nice house, shops at the local stores; he is polite, but not too friendly. We could in fact describe him as normal.

Except for the fact that underneath his house is a secret basement. And in that basement is an elaborate cage, waiting for his next victim. He has been doing this for a long time – stalking and capturing young women, who he imprisons before allowing them one chance at freedom by hunting them like animals.

It has worked all too perfectly. But then he meets a girl behind the supermarket counter and everything changes. His meticulously planned life starts to lose its appeal, and he wants to give it all up. But the police are closing in… and there’s another girl still in the cage…

Graeme Cameron takes us deep inside the killer's mind, and shows us his human side. The intimate, first person narrative means we feel uncomfortably close to this particular serial killer.

Cameron's debut novel has already drawn praise from some high corners. Celebrated crime writer Lee Child describes Normal as “hypnotic and chilling”. It's a compelling thriller that will get under the skin of even the most hardened crime fiction fan. 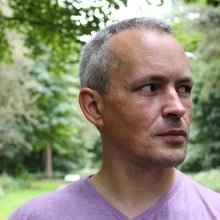 Graeme Cameron is the author of almost three short stories, two country songs and literally dozens of angry emails, including such classics as This Doesn't Taste Like Chicken, The Car You Sold Me Is On Fire, and the hilarious and moving Re: Restraining Order (I'm in your house LOL).Graeme lives in Norfolk and has never worked as a police detective, ER doctor, crime reporter or forensic anthropologist. 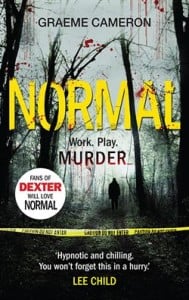