Gritty and full of suspense, Helene Young's Northern Heat brings together two people with tragic pasts, against the backdrop of steamy Far North Queensland and a brewing cyclone. While her heartbreaking portrayal of domestic abuse is a major theme, readers will find comfort in the magnetic attraction between a mysterious deckhand and the local doctor.

Conor Woods is new in town, escaping the tragedy that has dogged him for three years. Finding work as a deckhand to a local fisherman, he believes he might finally put his mistakes behind him. But when he becomes the only witness to a murder, the police dig deeper, suspecting that things aren't what they seem.

Kristy Dark is the senior doctor in town, ‘resolutely single’ in her own words, and devoted to her teenage daughter, Abby. But when Kristy meets the mysterious Conor – Abby's handsome new soccer coach – sparks begin to fly.

With a tropical cyclone on the horizon, will the two unlikely suitors put their pasts behind them and trust in each other enough to survive?

Helene Young is a highly accomplished writer in the genre of romantic suspense – twice winning the Romance Writers of Australia (RWA) Romantic Book of the Year. After her previous novel, Safe Harbour, many readers will be clamouring for more of the mysterious Conor Woods, and Young has obliged with her distinctive blend of romantic suspense. 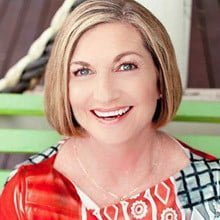 Helene Young lives in Trinity Beach, on the edge of the Great Barrier Reef in north Queensland. Her work as a senior captain with a major regional airline takes her all over the east coast of Australia. She was voted most popular romantic suspense author by the Romance Readers of Australia (ARRA) in 2010 and 2011, and was shortlisted for the same award in 2012. She has twice won the Romance Writers of Australia (RWA) Romantic Book of the Year Award in 2011 and 2012. Her latest novel is Half Moon Bay, and is the Get Reading! Book of the Month for June 2013. 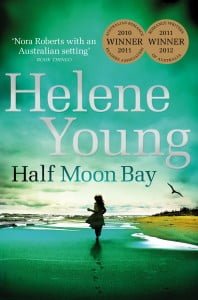