This is a tale of corruption stretching from street corner SP bookmaking to the most influential men in the land – and the terrible personal cost of the power such corruption brings. John West rose from a Melbourne slum to dominate Australian politics with bribery, brutality and fear. His attractive wife and their children turned away from him in horror. Friends dropped away. At the peak of his power, surrounded by bootlickers, West faced a hate-filled nation – and the terrible loneliness of his life.Was John West a real figure? For months during the post-war years, an Australian court heard evidence in a sensational libel action brought by businessman John Wren's wife. After a national uproar which rocked the very foundations of the Commonwealth, Frank Hardy was acquitted. This is the novel which provoked such intense uproar and debate across the nation. The questions it poses remain unanswered…#71 in  Australia's Top 100 Favourite Homegrown Reads 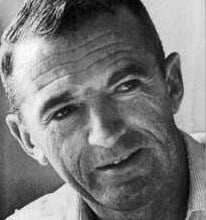 Francis Joseph Hardy, or Frank, (21 March 1917 – 28 January 1994) was an Australian left-wing novelist and writer best known for his controversial novel Power Without Glory. He also was a political activist bringing the plight of Aboriginal Australians to international attention with the publication of his book, The Unlucky Australians, in 1968. He ran unsuccessfully for the Australian parliament twice. 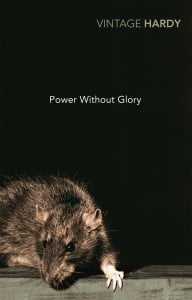