Last night I dreamt I went to Manderley again... Working as a lady's companion, the heroine of Rebecca learns her place. Life begins to look very bleak until, on a trip to the South of France, she meets Maxim de Winter, a handsome widower whose sudden proposal of marriage takes her by surprise. She accepts, but whisked from glamorous Monte Carlo to the ominous and brooding Manderley, the new Mrs de Winter finds Max a changed man. And the memory of his dead wife Rebecca is forever kept alive by the forbidding Mrs Danvers...'Excellent entertainment . . . du Maurier created a scale by which modern women can measure their feelings.' - Stephen King
'The two words most commonly used in descriptions of Du Maurier's all-time classic are 'haunting' and 'magical'. Both are accurate.' - Good Book Guide
'As a new generation of readers are introduced to the wicked housekeeper Mrs Danvers and learn Maxim de Winter's terrible secret, this chilling, suspenseful tale is as fresh and readable as it was when it was first written, more than 60 years ago.' - Simon Edge, Daily Express
'Complex and absorbing psychological chiller about empowerment and loyalty. Unforgettable characters in Mrs Danvers, the Iago-like housekeeper, and murdered Rebecca, the most vivid absence in fiction.' - John Walsh, Independent on Sunday
#45 in ABC My Favourite Book 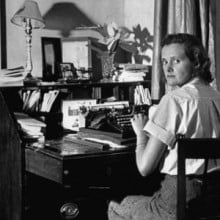 Dame Daphne du Maurier (Lady Browning) 1907 - 1989 DBE 1969, Fellow of the Royal Society of Literature
Daphne was born in 1907, grand-daughter of the brilliant artist and writer George du Maurier, daughter of Gerald, the most famous Actor Manager of his day, she came from a creative and successful family.
The du Maurier family were touring Cornwall with the intention of buying a house for future holidays, when they came across "Swiss Cottage", located adjacent to the ferry at Bodinnick. Falling in love with the cottage and its riverside location, they moved in on May 14th, 1927, Daphne had just turned 20.
She began writing short stories the following year, and in 1931 her first novel, The Loving Spirit was published. It received rave reviews and further books followed. Then came her most famous three novels, Jamaica Inn, Frenchman's Creek and Rebecca. Each novel being inspired by her love of Cornwall, where she lived and wrote. 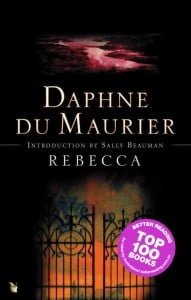 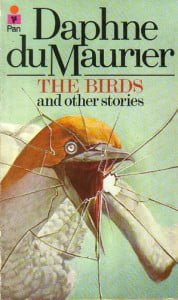 The Birds & Other Stories