From the author of the extremely enjoyable debut fiction Campaign Ruby, comes another light-hearted comedy of political manners.Jessica Rudd’s sequel – Ruby Blues – picks up after the election balloons have sagged and Ruby is finding out just how hard it is to have – or keep – it all.In Campaign Ruby, Ruby managed to get: 1. drunk, 2. the leader of the Opposition elected, and 3. Luke.Now that the election night balloons have sagged along with the electorate's enthusiasm for the new PM, Ruby is battling political and personal spot fires and she has a whole new 'To Do list' scrunched up at the bottom of her Prada handbag: 1. Screw things up with Luke 2. Turn 30 3. Deal with hormonal pregnant lesbian aunt 4. And an imploding government 5. Avoid killing peppy intern 6. Attend party after waxing accident 7. Cosy up to Pretty Boy 7a. Complicate things with Luke 8. Save the government from itself 9. Figure out who the hell she is 10. And who she wants. 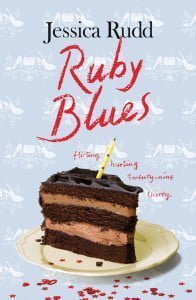