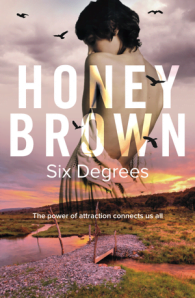 In the first of six stories, one of the characters remains profoundly affected by an accident that happened in the past. A character from each of the subsequent stories is in some way connected to this event.  Every story in Six Degrees is also linked by the theme of powerful sexual attraction.

The title of the stories gives a clue to the subject matter – Older, Younger, Two Men, First Time. One story is set in an outback mining town where a scantily clad ‘skimpy’ dances on a bar at night. She’s cajoled and leered at by men but her own sexual preference lies in another direction so, when a rare female worker frequents the pub one night, she can scarcely believe her luck.

The final story tells of an eighteen-year-old girl venturing to a large birthday party on a rural property where she meets the son of the man killed in the freak car accident from the first chapter – and so the stories come full circle.

Six Degrees is a major departure for Miles Franklin long-listed author Brown who previously enjoyed critical acclaim with psychological thrillers. Her previous novels include Red Queen, The Good Daughter, After the Darkness and Dark Horse.

Six Degrees is being marketed as rural romance though not all the stories are have rural settings and you certainly don’t have to be a fan of the genre to love Honey Brown’s latest book. 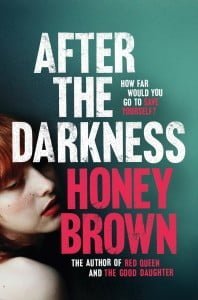 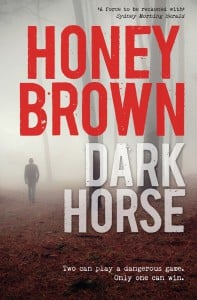 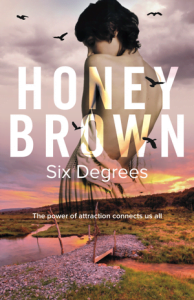 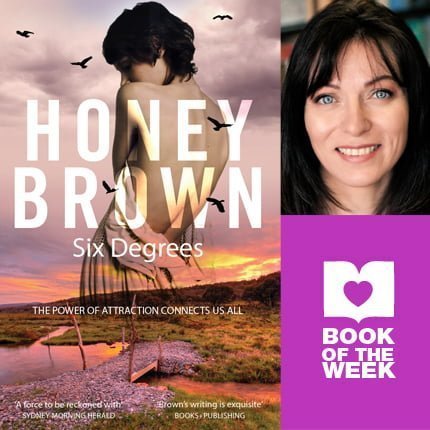 Book of the Week: Six Degrees by Honey Brown