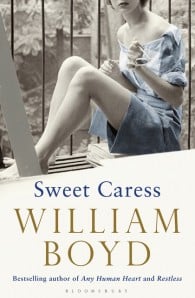 Why we love it: William Boyd takes us on a sweeping journey through the twentieth century with Amory Clay, an innocent child at the end of World War I to ex-photojournalist and semi-recluse in 1977. Blending historical fact with fiction, and using found photographs to illustrate the text, Boyd captures the imaginations of his readers once again.

When Amory Clay was born her disappointed father gave her an androgynous name and announced the birth of a son. From this inauspicious start springs an entirely remarkable woman. Born in 1908, Amory survives two world wars, the first of which alters her father forever. As a schoolgirl, she learns the art of photography from her maternal uncle Greville, a talent that shapes her life.

After an unforeseen event splits her family in two, Amory finishes school and moves to London to work as an assistant to Greville, society photographer and kindred spirit who shares the same slightly large nose. During this time, she grows from silly schoolgirl into a disgraced photographer working anonymously after causing a scandal with an embarrassing photograph.

Escaping London, Amory heads to Berlin where she meets another female photographer, Hannelore Hahn, and they begin a lifelong friendship. In pre-war Berlin her career begins in earnest; no longer photographing society belles, she starts taking secret photographs at brothels, which forms a London exhibition that sees her charged with obscenity.

Fleeing from London again, Amory takes up an offer from a handsome American, Cleveland Finzi, and relocates to New York to become a photographer with magazine Global Photo Watch. While in America, her real sexual awakening begins and she is caught between Finzi (a married man) and a charming French novelist.

Throughout the novel, Amory documents the action, everything from the fascist riots in London’s East End, to the advance of the US Seventh Army through France in World War 2, to the Vietnam War. Her first-person narration provides fascinating insight into major historical events, while touching on themes such as war, post-traumatic stress disorder, homosexuality, and infertility.

While not always sympathetic, Amory is a woman ahead of her time and someone readers can relate to. The photography found throughout the novel is a captivating innovation employed for the first time by Boyd and gives us further insight into Amory’s life and work. Boyd populates his novel with many recognisable historical figures in order to blur the lines between fact and fiction.

William Boyd is a multi award-winning author and screenwriter. He is best known for his critically acclaimed novels, An Ice Cream War (shortlisted for the 1982 Booker Prize), Any Human Heart and Brazzaville Beach, among others. His novels have been translated into over thirty languages. 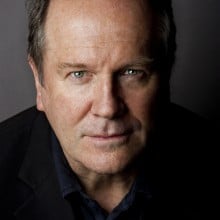 William Boyd is the author of fourteen novels including A Good Man in Africa, winner of the Whitbread Award and the Somerset Maugham Award; An Ice-Cream War, winner of the John Llewellyn Rhys Prize and shortlisted for the Booker Prize; Any Human Heart, winner of the Prix Jean Monnet and adapted into a BAFTA-winning Channel 4 drama; Restless, winner of the Costa Novel of the Year, the Yorkshire PostNovel of the Year and a Richard & Judy selection; the Sunday Times bestseller, Waiting for Sunrise and, more recently, Solo, a James Bond novel. William Boyd lives in London and France. 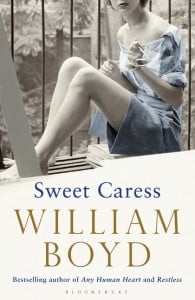 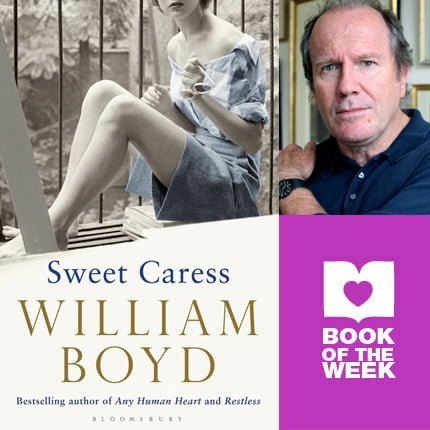 Book of the Week: Sweet Caress by William Boyd