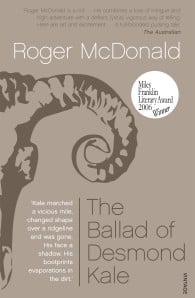 In the early 1800s, out of the prison society of governors, redcoats, English gaolers, Irish convicts, and the few free settlers of Botany Bay, no one had ventured much farther inland than a few dozen miles from Sydney. Or so it was believed until the escape of Desmond Kale and the vengeance of his rival, the wildly eccentric parson magistrate Matthew Stanton.The Ballad of Desmond Kale is a broad-sweeping novel of the first days of British settlement in Australia. At the centre is Stanton's pursuit of Kale - an Irish political prisoner and a rebelliously brilliant breeder of sheep. The alchemy of wool fascinates, threatens, and transforms when it is discovered that fine wool thrives in New South Wales as nowhere else in in the world, producing veritable gold on sheep's backs.The Ballad of Desmond Kale is both a love story of unusual interest and an epic novel of greed, ambition, conceit, and redemption. The novel is rich in its characterisations and the rawness of its settings, vigour of language, and vividness of personality. The action moves from the early Australian bush to the halls of Westminster, the mills of Yorkshire, the sierras of Spain, the wilds of the Southern Ocean, and returns at last into the far outback for its finale.Once the ballad is sung, ordinary experience is heightened, the world can never be the same again. A brilliant and inspired recreation of the early days of white Australian settlement by one of Australia's finest writers working at the height of his powers. 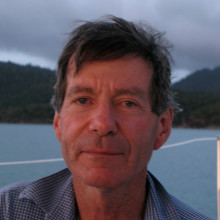 Roger McDonald was born at Young, NSW, and educated at country schools and in Sydney. He began his working life as a teacher, ABC producer, and book editor, wrote poetry for several years, but in his thirties turned to fiction, expressing the feeling that for him, at least, poetry was 'unable to express a full range of characters and moods, the larger panorama of Australian life that I felt was there to portray'. His first novel was 1915, a novel of Gallipoli, winner of the Age Book of the Year, and made into a highly successful eight-part ABC-TV mini-series (now on DVD).Since 1980 McDonald has lived on farms (no farm animals except poultry and a corrugated iron sheep, these days) outside Braidwood, with intervals spent in Sydney and New Zealand. His account of travelling the outback with a team of New Zealand shearers, Shearers' Motel, won the National Book Council Banjo Award for non-fiction. His bestselling novel Mr Darwin's Shooter, was awarded the New South Wales, Victorian, and South Australian Premiers' Literary Awards. The Ballad of Desmond Kale won the 2006 Miles Franklin Award and South Australian Festival Prize for Fiction. A long story that became part of When Colts Ran was awarded the O. Henry Prize (USA) in 2008. His latest novel is The Following. 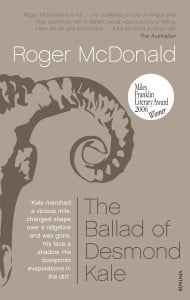 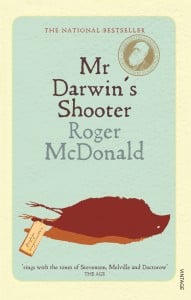 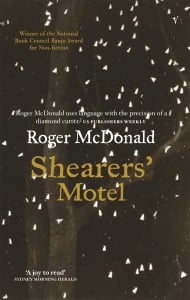 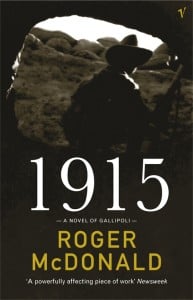