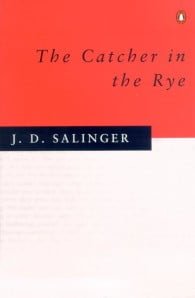 The Catcher in the Rye is the ultimate novel for disaffected youth, but it's relevant to all ages.The story is told by Holden Caulfield, a seventeen- year-old dropout who has just been kicked out of his fourth school. Throughout, Holden dissects the 'phony' aspects of society, and the 'phonies' themselves: the headmaster whose affability depends on the wealth of the parents, his roommate who scores with girls using sickly-sweet affection.Lazy in style, full of slang and swear words, it's a novel whose interest and appeal comes from its observations rather than its plot intrigues (in conventional terms, there is hardly any plot at all). Salinger's style creates an effect of conversation, it is as though Holden is speaking to you personally, as though you too have seen through the pretences of the American Dream and are growing up unable to see the point of living in, or contributing to, the society around you.#20 in ABC My Favourite Book 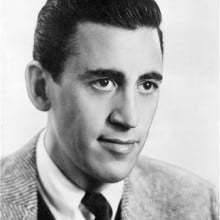 Jerome David Salinger, born New York City, Jan. 1, 1919, established his reputation on the basis of a single novel, The Catcher in the Rye (1951), whose principal character, Holden Caulfield, epitomized the growing pains of a generation of high school and college students. The public attention that followed the success of the book led Salinger to move from New York to the remote hills of Cornish, N.H. Before that he had published only a few short stories; one of them, A Perfect Day for Bananafish, which appeared in The New Yorker in 1949, introduced readers to Seymour Glass, a character who subsequently figured in Franny and Zooey (1961) and Raise High the Roof Beam, Carpenter and Seymour: An Introduction (1963), Salinger's only other published books. Of his 35 published short stories, those which Salinger wishes to preserve are collected in Nine Stories (1953). 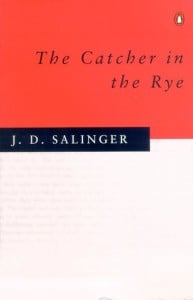