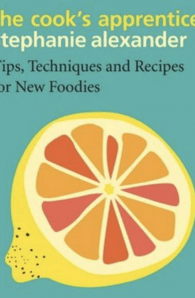 For younger readers, the companion to Stephanie Alexander’s classic work, The Cook’s Companion: destined to be another go-to cookbook for families across Australia.The Cook’s Apprentice is the essential teaching cookbook for the younger cook who’s just starting out. This wonderful book is full to the brim with everything new foodies need to know to become relaxed and confident in the kitchen.Arranged alphabetically, The Cook’s Apprentice includes 56 ingredient chapters – from Apples to Zucchini – and more than 300 achievable recipes ranging from classics every cook will want to try to exciting new dishes that reflect our diverse nation. Stephanie takes you into her kitchen as she explains more than 100 important techniques in straightforward language, discusses the kitchen tools she likes to use, and describes ingredients you might not know: How do I whisk eggs to soft peaks? What does it mean to ‘make a well’ in dry ingredients? Why should I roast spices? How do I prepare fresh chillies safely? What is ‘resting meat’ and why should I do it? How do I prepare a mango? What flavours work well together? What is fresh mozzarella? How do I say ‘quinoa’?The Cook’s Apprentice gives all you new cooks the inspiration you need for a lifetime of enjoyment in the kitchen.

For 21 years from 1976, Stephanie Alexander was the force behind Stephanie's restaurant in Hawthorn, a landmark establishment credited with having revolutionised fine dining in Melbourne. From 1997 to 2005 Stephanie, along with several friends, ran the Richmond Hill Café and Larder, a neighbourhood restaurant renowned for its specialist cheese retailing. In her recently published memoir, A Cook's Life, she recounts how her uncompromising dedication to good food has shaped her life and changed the eating habits of a nation.One of Australia's most highly acclaimed food authors, Stephanie has written fourteen books, including Stephanie's Menus for Food Lovers, Stephanie's Seasons and Stephanie Alexander & Maggie Beer's Tuscan Cookbook (co-author). Her signature publication, The Cook's Companion, has established itself as the kitchen bible in over 500 000 homes. With characteristic determination, Stephanie initiated the Kitchen Garden at Collingwood College in order to allow young children to experience the very things that made her own childhood so rich: the growing, harvesting, cooking and sharing of good food. 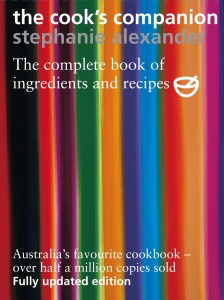 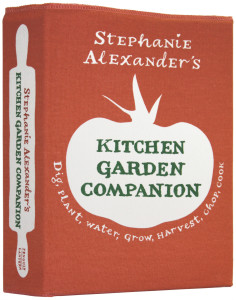 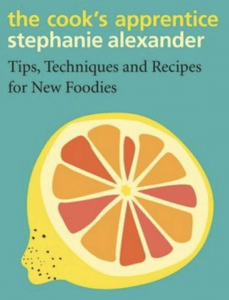