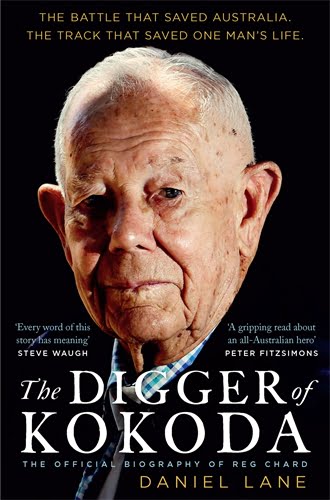 The Digger of Kokoda

Reg Chard endured hell as an 18-year-old Australian soldier who fought in 1942 on the infamous Kokoda Trail in World War II.Ironically, Kokoda rescued Reg decades later when he decided to take his own life. After losing Betty, his wife of 66 years, the grief-stricken great-grandfather lost the will to live. But he found new purpose through educating young people, giving guided tours of Sydney's Kokoda Track Memorial Walkway.On these tours, Reg relives Kokoda every day. He sees an image on the wall of a soldier - a comrade - who succumbed to disease weeks after the photograph was taken. He feels his heart beating as his patrol chases down Japanese troops who had mutilated women in a jungle clearing. He hears the war cry of a samurai sword-wielding officer charging towards him. And he tells these stories along the walkway, preserving the memory of those who never came home.As one of the last surviving diggers of Kokoda, Reg Chard has become a custodian of its legacy. This deeply moving, healing and inspiring biography of the 98-year-old veteran tells us of Reg's war in the jungle and how, 80 years after the battle that saved Australia, Kokoda still lives within him.

Daniel Lane has been a sports journalist for over 30 years, including time with the Australian Consolidated Press, AAP, Channel 10 and the Sydney Morning Herald. He has written 18 books, and written scripts for FOX. He has visited the battlefields of Gallipoli, the Western Front, El Alamein, Singapore and Malaya, and for decades has interviewed veterans of the Boer War and both World Wars, including Kokoda. The biography of Reg Chard, The Digger of Kokoda, is his first military memoir. 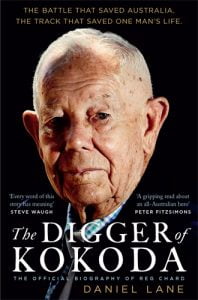 The Digger of Kokoda