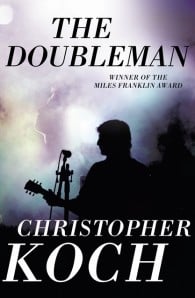 Clive Broderick, guitar-teacher and occultist - the Doubleman of the title of this acclaimed novel - is speaking of power, and of a realm beyond reality. This is a fable of the sixties, when shared belief-systems crumbled, and the spiritual bazaars of today opened up. Christopher Koch's theme is illusion; and all his characters are bound by it. The Rymers are an electric folk group enjoying mounting success in Sydney. Their producer, Richard Miller, came under Broderick's spell during his youth in Tasmania; so did the guitarists Brady and Burr. Now, years after his death, Broderick's presence remains with all three. Through his disciple, Burr, it will lead to nightmare.The Doubleman was winner of the 1985 Miles Franklin Award.'Why have I not heard of Koch before, I wonder? He has an extraordinary power of evoking place, and I feel now that Tasmania is part of my memory.' - Graham Greene 'As universal in its impact as the myth and music of Orpheus ... a tour-de-force' - David Rowbotham, Brisbane Courier Mail 'A classy writer, deploying a kind of dangerous power with a delicate perception' - Norman Shrapnel, Guardian 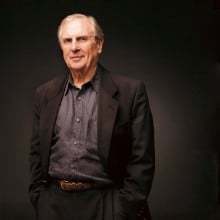 Christopher Koch was born and educated in Tasmania. Most of his life has been spent in Sydney, where he worked for some years as a radio producer in the Australian Broadcasting Corporation. He has been a full-time writer since 1972, winning international praise and a number of awards for his novels. One of his novels, The Year of Living Dangerously, was made into a film by Peter Weir. Koch twice won the Miles Franklin Award for fiction: for The Doubleman and Highways to a War. In 1995 he was made an Officer of the Order of Australia for his contribution to Australian literature. Christopher Koch passed away on September 22nd 2013. 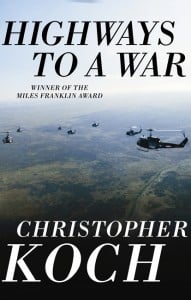 Highways to a War 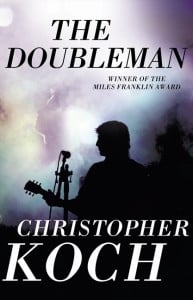