The Girls of Lake Evelyn

A runaway bride escapes to tropical North Queensland, where she finds a mysterious lake with secrets of its own...

You cannot force me to marry him. For once, please let me choose…It's 1958 and Vivienne George is due to marry Howard Woollcott III in the finest society wedding of the year. But when she realises she can't marry a man she doesn't love, she flees, with the help of her Uncle Felix, to a small town in tropical North Queensland.Hidden away in a secluded lodge, Vivienne spends her days swimming in the beautiful lake nearby and getting to know kind Owen Monash, her only neighbour for miles. It may seem like the perfect place to escape her troubles, but there's something about this mysterious lodge and the lake outside which put Vivienne on edge.When she meets Josie Monash, Owen's sister, she learns of Celeste Starr, a beautiful movie star who tragically died in the lake and spawned a curse that has plagued the girls of the town ever since. When Josie decides to stage a play about Celeste, with Vivienne in the lead role, it sets off a chain of dark events … Is there any truth in the legend of the girls of Lake Evelyn? And how will Vivienne find the life she's always wanted when her past comes back to haunt her? Secrets, Love and Courage in Deep Waters: Read Our Q&A with Averil Kenny Drama, Romance, Mystery: Read an Extract from The Girls of Lake Evelyn by Averil Kenny Captivating Historical Fiction: Read Our Review of The Girls of Lake Evelyn by Averil Kenny 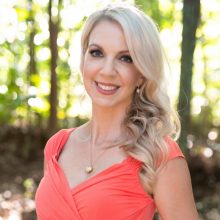 Averil Kenny is a writer living in the lush, enchanted tropics of Far North Queensland. Averil writes w omen's fiction with an evocative flair, featuring strong, sassy heroines. She grew up on a dairy farm and studied Journalism at the University of Queensland. Averil has four children and can be found sharing her vibrant vignettes of tropical life on Instagram: @sunshineinateacup 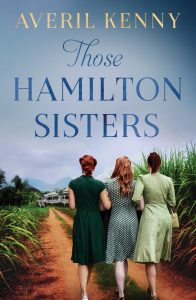 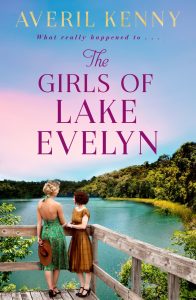 The Girls of Lake Evelyn