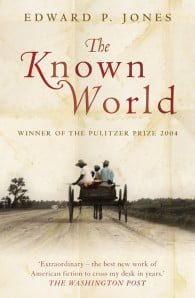 Henry Townsend, a black farmer, bootmaker, and former slave, has a fondness for Paradise Lost and an unusual mentor - William Robbins, perhaps the most powerful man in antebellum Virginia's Manchester County.Under Robbins's tutelage, Henry becomes proprietor of his own plantation - as well as of his own slaves. When he dies, his widow, Caldonia, succumbs to profound grief, and things begin to fall apart at their plantation: slaves take to escaping under the cover of night, and families who had once found love beneath the weight of slavery begin to betray one another.Beyond the Townsend estate, the known world also unravels: low-paid white patrollers stand watch as slave "speculators" sell free black people into slavery, and rumors of slave rebellions set white families against slaves who have served them for years.An ambitious, luminously written novel that ranges seamlessly between the past and future and back again to the present, The Known World weaves together the lives of freed and enslaved blacks, whites, and Indians - and allows all of us a deeper understanding of the enduring multidimensional world created by the institution of slavery.Winner of the 2004 Pulitzer Prize for Fiction.“Breathtaking....A fascinating counterweight to Toni Morrison’s Beloved....It is essential reading.” Entertainment Weekly“Jones has written a book of tremendous moral intricacy.” The New Yorker“Stunning....His first novel is...likely to win acclaim.” New York Times“Heartbreaking....fascinating.” Newsweek“One of those rare works of fiction that both wound and heal.” O Magazine"A very moving epic" Andrea Levy “A masterpiece that deserves a place in the American literary canon.” Time magazine 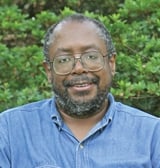 Edward P. Jones, the New York Times bestselling author, has been awarded the Pulitzer Prize, for fiction, the National Book Critics Circle award, the International IMPAC Dublin Literary Award, and the Lannan Literary Award for The Known World; he also received a MacArthur Fellowship in 2004. His first collection of stories, Lost in the City, won the PEN/Hemingway Award and was short listed for the National Book Award. His second collection, All Aunt Hagar’s Children, was a finalist for the Pen/Faulkner Award. He has been an instructor of fiction writing at a range of universities, including Princeton. He lives in Washington, D.C. 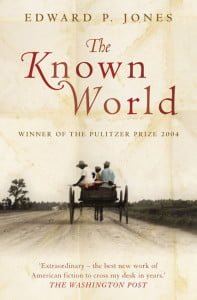